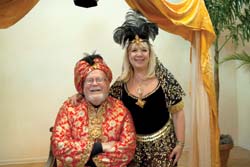 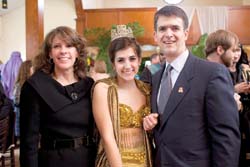 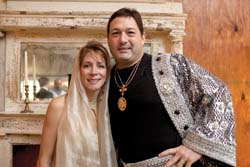 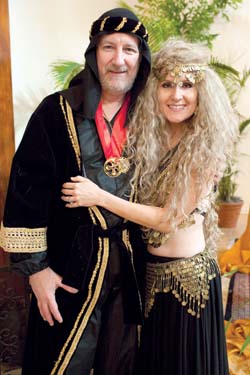 Party Girl is taking a few well-deserved days off following her favorite season (which is Mardi Gras, of course.) But who could ask for a better assignment? Queens’ luncheons, kings’ luncheons, tableaux, balls and parades. Time to head for the slopes and a little R&R. Party Girl is thankful that Acadiana always loves a good party — otherwise the rest of the year would be a big let-down. So before I re-boot by getting my annual chance to commune with my other favorite diamonds — the black ones at Vail — here are some closing notes on MG 2009.

A tip of the turban to The Order of the Troubadours’ King Richard Coeur de Lion LVII  Dr. Andrew Harwood, and his wife Karen, who took krewe members on a magic carpet ride that guests will never forget. The ball was as spectacular as always, but the King’s Luncheon the following day was nothing short of astonishing — a marvelous fantasy visit commemorating King Richard’s annual sojourn, this year to Arabia. Merilyn Crain’s L’Eglise was the venue, which was transformed into an English conservatory, a gentlemen’s library and a sultan’s palace, all in one afternoon. Guests were encouraged to come in costume, and it didn’t take much coaxing: some in English garb donning ascots, waistcoats and elegant hats. Others responded to the more exotic call of Arabia, including Mike and Evie Craton (don’t you think he looks good with the beard?). Queen Lauren Sibley was elegantly dressed in gold and white sequined harem pants, and all enjoyed the belly dancers, exotic food and décor. What exotic destination calls King Richard in 2010?

And what can you say about The Krewe of Rio Parade — or as it’s more appropriately known The Rio Parada? The krewe has literally paved the way for Mardi Gras in Acadiana since blasting onto the stage in 2005 with 435 members. Its parade has 20 floats, the krewe boasts 630 members, and it rolls a full week before the rest of the festivities. And the throws? Suffice it to say no one leaves empty-handed. Carnivale to the World, my brothers and sisters. In PG’s world, you rock!

Maybe I’ll find some après ski time to shop for a new hat for the upcoming Mad Hatter’s Luncheon on March 9 at The City Club. It’s the annual “don’t miss” fund-raiser thrown by The Acadiana Symphony Women’s League. Lynn Crochet, Kathy Cox, Virginia Stuller and the rest of the committee have been planning for months. It’s sure to be a sell out so get your tickets now. 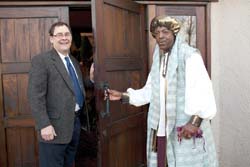 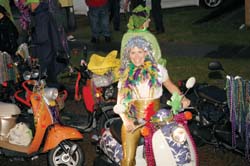 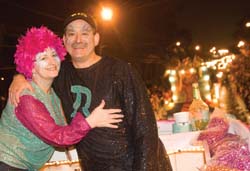 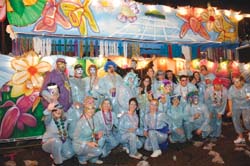 Don’t rain on my parade! 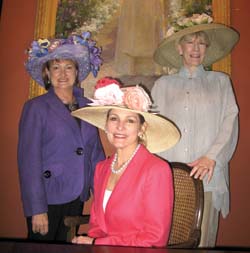 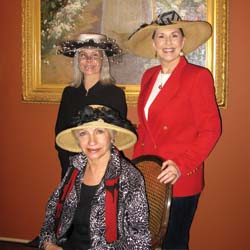