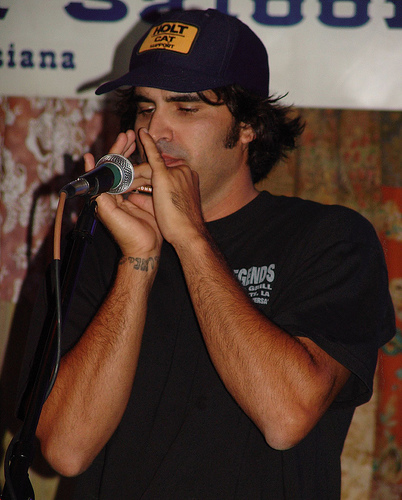 If at any point during Mardi Gras Day your patience for tolerating drunken meatheads grows thin, you should seriously think about heading straight for the Blue Moon. They got it going on and they’ll be throwing down old school, laid back, easy-going, chill style with The Howdies, Troy Richard & Richard Revue, and Mike Dean. That is a stacked line-up. None of these guys grew out of the Clone Factory of pale pretenders to the throne. The Howdies play Uncle Fester-meets-pogo-fest style rockabilly. If “bayou folk & roll” is what you want, then that’s you’ll get from master Louisiana songwriter and chronicler of all things earthen, Troy Richard. He and the Richard Revue have packed the Blue Moon so many times, you’ll curse their names in a jealous fit of rage. Last but not least is Mike Dean—back in town after a stint living in Nashvill—he’s got a lot to say and he’ll let it be said in song on Mardi Gras day at the Blue Moon Saloon on Feb. 24. Be there.