The race for the District 6 city-parish council seat has attracted three candidates, all of whom are struggling to get their campaigns off the ground. 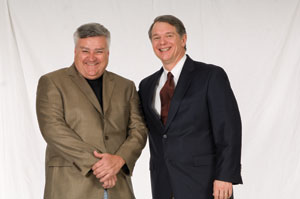 When Sam Doré first ran for the District 6 city-parish council seat in 2007, he had a small army of some 25 volunteers helping him canvass neighborhoods. The team managed to knock on every single door in the district at least once. In a heated election that fell on the same ballot as statewide elections for governor and attorney general, Doré ultimately lost the race to incumbent Bruce Conque, but managed to draw a respectable 35 percent of the vote.

Now, 18 months later, Doré is once again mounting a campaign against two other candidates for the District 6 council seat in a special election following Conque’s resignation. Only this time, Doré’s finding it much more difficult to energize his campaign. His volunteer base has dwindled, and Doré says he doesn’t expect to be able to reach out to nearly as many people as last time. “I just don’t have the support this time,” he says. “All my people, they all said the same thing, it’s so close to the last time. They haven’t gotten over the last [campaign] yet.”

In 2007, Doré’s campaign spent $28,000. This time, he says he probably will spend less than $10,000. “It’s everything,” Doré continues, noting that campaign contributions from supporters have been down. “All my $1,000 people, now they’re $500 people. All my $500 people are now $100 people. You know it’s just gone like that. There’s just not a huge excitement about this race on any side. It’s not just me, nobody’s excited about Max Jordan. Nobody’s excited about Joe Riley. No one’s excited about nothing. The only other thing to vote on is that bond issue. I don’t see a whole lot of interest. It’s probably going to be a historically low turnout.”

Candidates rarely give such grim assessments for their own elections. In this case, however, no one seems to have any rosy expectations. Clerk of Court Louis Perret says he is expecting a light turnout but hopes to see more interest build in the election in the weeks ahead.

In fact, in political circles, there seems to be just as much talk about who isn’t on the ballot as there is about who is. Appointed by Gov. Bobby Jindal as an interim replacement to Conque last year, Tsunami owner Michele Ezel became the first woman to serve on the council since consolidation in 1996. The city-parish charter prevents Ezel from running in the election. That hasn’t stopped several people from continually asking her why she isn’t running. “I absolutely enjoyed [serving on the council] and learned a lot,” she says. “I knew when I [was appointed] I wasn’t going to be able to run [in the special election],” she says. “But I think it was a great litmus test for the future.”

Ezel says she does not know any of the three candidates personally and is not publicly supporting anyone.

Advertising executive Jaci Russo, who also seriously considered a run, says she has gotten calls from people asking her to reconsider, even though that would be impossible now that qualifying is already closed. Russo says she declined to qualify due to a pending move that will relocate her family just outside the district.

“I anticipate probably one of the lowest turnouts ever,” Russo predicts. “For the most part, the district is frustrated that there weren’t more people [running in the election] and that a woman didn’t run. You know it’s three guys, two lawyers, and one [candidate] they’ve already said no to. There’s a sense of discontent.”

Coming off his recent 2007 campaign, Doré is the logical frontrunner. A salesman for Goodyear, he is pledging accessibility to his constituents and greater support for Lafayette’s police and fire departments. “I just want to work with the council and move Lafayette forward,” Doré says. “We’ve said it before, District 6, there’s not any big road projects in it, there’s not going to be any big building projects in it. It’s already built out, but District 6 supports the whole parish.”

Doré recently won the support of the Acadian Homebuilders Association.

While he ran his last campaign as a Democrat, Doré is now on the ballot as a Republican.

He says he has always been a conservative and has found himself increasingly out of step with the Democratic Party, making his party switch official shortly after Barack Obama was elected president. Doré insists the politics of District 6, which has trended conservative, did not play a part in his decision.

Two other Republicans, newcomer Joe Riley and former state Sen. Max Jordan, track closely with Doré on the issues, but each brings a unique outlook. A criminal attorney and a political veteran, Jordan represents a stark contrast in style to Doré, who is sometimes faulted for being too green and off the cuff.

In the early 1980s, Jordan worked as an assistant district attorney under Nathan Stansbury. In 1991, having recently found God and the Republican party, Jordan ascended onto the political scene by defeating popular incumbent state Sen. Allen Bares. While in the state Senate, Jordan earned the nickname “Mad Max” for being an outspoken legislator accused of grandstanding. His fervent opposition to gambling got him in a highly publicized feud with then-Gov. Mike Foster when Jordan labeled Foster a liar and crook on par with Edwin Edwards. Foster soon got his payback, helping up-and-coming state Rep. Mike Michot defeat Jordan in his 1999 re-election campaign.

The city council race represents Jordan’s first attempt to return to politics since his loss to Michot. “I thought it was time to put my name out there again,” Jordan says. “The council’s young, and most of the members are newcomers. I want to bring a political philosophy that I believe represents this area to the council.”

“My political philosophy tends to be a little less political and a little more ideological,” Jordan continues, noting he is an anti-tax, fiscal and social conservative. “Because I work within the framework of a political philosophy, it becomes pretty easy to predict what Max Jordan’s position is going to be on any one issue.”

Jordan says he has no plans of working his way back up to the state Legislature.

“This isn’t a stepping stone,” he vows. “This is just Max Jordan getting involved in local politics.”

Another attorney looking to get involved in local politics is Joe Riley. A New Orleans native who recently moved to Lafayette after being displaced by Hurricane Katrina, Riley finds himself in an uphill struggle against two much better known opponents. Like his two rivals, Riley also is a Republican convert. He says he first registered as a Republican in 1988. Three years ago, while pondering a move back to New Orleans to run for a municipal court judgeship, he switched his party to Democrat. At first unaware that he could not change his party affiliation after the fact, Riley actually first registered to run for the District 6 council seat as a Democrat, then re-qualified to run the next day as a Republican.

A real estate attorney, Riley previously worked in New Orleans as an assistant district attorney under Harry Connick and as an assistant city attorney in Mayor Ray Nagin’s administration, where he helped run the Sell Off Abandoned Properties program. “I bring to the council a fresh look, a sort of outside-looking-in approach,” he says. “I’ve never been in politics before, so I don’t have any prior politics or debts to settle.”

With the election just three weeks away, all three candidates appear to have their work cut out for them in making an impression on voters. Local attorney and District 6 resident Judy Kennedy, who also seriously considered running in the election, says she has not heard much discussion at all from anyone about the race. “I haven’t heard a thing from any of the candidates,” she says. “I had hoped that the field of candidates would truly provide us a diversity of choices, and it hasn’t. You’ve got three white males running, and they all appear to be the same to me.