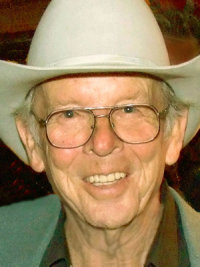 Charlie Louvin — half of the legendary close harmony gospel and country duo the Louvin Brothers — will take the stage at Bourque's Social Club on Sunday night in Scott.

2007 saw Louvin celebrate his 80th birthday amidst a swirl of activity around the release of his first studio album in ten years, Charlie Louvin. Grammy-nominated for Best Traditional Folk Album, the disc features George Jones, Wilco's Jeff Tweedy, Will Oldham, Elvis Costello and many others. Charlie toured and recorded with Lucinda Williams, made a video for the song "Ira," released a field recording of one of his many in-store performances, Live at Shake It Records, shared stages with Ryan Adams and Neko Case, appeared on giant festivals like Bonnaroo and Hardly Strictly Bluegrass, and placed a medallion around Emmylou Harris' neck inducting her into the Country Music Hall of Fame. Charlie's self-titled album earned 4 out of 5 stars in Uncut and Mojo Magazine, and sparked a bevy of great press and renewed interest in his fascinating career

His 2008 album Steps to Heaven was also nominated for a Grammy, Best  Southern, Country or Bluegrass Gospel Album. The New York Times' Amanda Petrusich called the album "a raw and stunning collection."

Tickets are $20 in advance and $25 at the door. The show begins at 6 p.m. Bourque’s Social Club is located at 1012 St. Mary Street in Scott. For more information, visit www.rcnederveld.com or e-mail [email protected].

Check out this recent interview with Louvin in OffBeat.