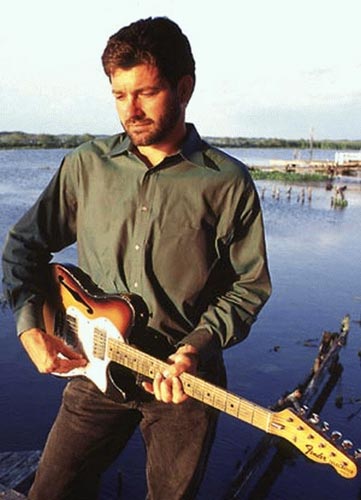 No, Tab Benoit will not be conducting his live “purging ritual” under the celestial hammering of a thousand laser lights at tonight’s Downtown Alive! as was reported in this week’s April 1 issue of The Independent Weekly. However, he will be rocking traditional soul, blues, and rock in the ideal manner that fans have come to expect.

Benoit grew up in Baton Rouge playing the blues. After discovering the juke joint Mecca of Tabby’s Blues Box in the 80’s, he spent many of his nights getting tutored by the likes of Henry Gray, Raful Neal, and Tabby Thomas in the ways and means of the genre. Since then, he’s knocked out about a dozen records and a ton of lives shows around the world.

Tonight he brings it all back home to Parc International in downtown Lafayette for this week’s edition of Downtown Alive! Rumor has it that later on tonight he’ll be sitting in on Keith Blair’s smoking blues set at the Blue Moon Saloon on Convent Street. So go check out both shows. DTA is a free event sponsored by Cox, Lafayette Coca-Cola, and  The Louisiana Campaign for Tobacco-Free Living.