The Greater Lafayette Chamber of Commerce responded this morning to The INDsider report Monday night that first revealed a performance assessment of the Lafayette Parish School System. The assessment, prepared by former chamber board Chairman Greg Davis, finds that the Lafayette public school system fell eight spots in its state ranking between 2001 and 2008, and that the school system failed to close the achievement gap between minority and white students.

The genesis of Davis’ assessment was a 2001 agreement between the chamber and the school system in which the former agreed to support a school tax if the latter agreed to embark on major school-performance improvements.

The report made public by The Independent cannot be disputed and points to failures and shortcomings in the public education system which the Chamber’s Board of Directors is addressing, according to Kam Movassaghi, Chairman of the Greater Lafayette Chamber of Commerce.  “Overall, the status of public education is disappointing and disconcerting to the Chamber,” says Movassaghi.

“While the analysis by Mr. Davis was requested and has been received by this organization, it was at the direction of the Chamber’s Board of Directors that the findings and the Chamber’s recently passed position paper on public education not be released pending a meeting with representatives of the school board. It remains our intent to conduct that meeting as a courtesy to the school board and system administration.  However, our position remains firm and it will be released to the public at the appropriate time.”

Following is The INDsider’s full report on the school performance assessment, which was published on theind.com at 9:40 p.m. Monday.

A new analysis of the Lafayette Parish School System finds our schools treading water, the system’s statewide ranking falling, and the achievement gap between races still wide. “The quality of life that we are accustomed to in this area, I believe, is slowly slipping away,” laments Greg Davis, Cajundome director and a longtime champion of public education in Lafayette Parish. Davis’ prediction stems from his performance assessment of the LPSS, a document that has just been obtained by The INDsider. Davis recently compiled the analysis at the behest of the Greater Lafayette Chamber of Commerce, the organization he chaired in 2003. His findings are sobering: Lafayette Parish in 2001 was ranked 17th among the state’s 66 school districts in what’s referred to as district performance scores. By 2008, the local school system’s DPS had fallen to 25th. And with the exception of Vermilion Parish, the Acadiana parishes continue to tumble down the rankings. “Lafayette Parish and the surrounding areas are not in the upper percentile of high achieving districts in a state that is 47th in the United States of America,” Davis points out. “I think that that is a strong statement about how bad things are in public education in Lafayette Parish, and also the region of Acadiana.” 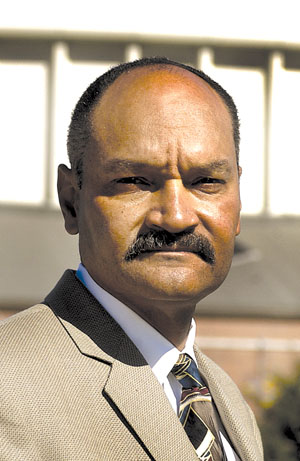 Understandably, Davis is fuming. What really gets his ire is the whole reason for the performance assessment in the first place: a 2001 deal struck between the LPSS and the chamber, a deal, Davis believes, neither side followed through on. Davis was on the chamber board in 2001 when the school system, hat in hand, approached the chamber to beg a favor: Support a half-cent sales tax for school funding on the next ballot, and we’ll vault Lafayette Parish teachers’ pay into an upper percentile of educators in the South. But the chamber required a quid pro quo: We’ll support the sales tax if you let us examine your operations and you agree to meet a set of performance goals that will move Lafayette Parish students into the top five in the state. In other words, well-paid teachers are an admirable goal, but well-educated students are even better. “We thought that in exchange they should make a commitment not just to the chamber but to the general public that our achievement ranking would at least go from 17th in the state to the top five,” Davis recalls. The school system said yes. The two sides shook hands, nodded in agreement, tipped their waiters and went home satisfied that good had been done, progress made.

After the deal was struck, the two sides got together and created a performance-goals document including short-, medium- and long-range goals through 2018, which the school system agreed to pursue. The chamber also prepared a peer-to-peer evaluation of school system operations; professionals from the private sector made the recommendations to their peers in the LPSS on how the system could achieve a top-five academic performance. And the school system created an inch-thick curriculum document detailing its plan to affect positive change.

The sales tax passed and Lafayette teacher pay rose, but the school system evidently did not embark on a mission to pursue the performance-goals document, at least not one that yielded positive results. Davis says in 2005 he produced an even more detailed performance assessment than the one recently completed. It was evident then that the LPSS was not meeting its goals. “That was brought to [then-Superintendent James] Easton’s attention,” David recalls. “We had every reason to believe he was focused on that and was going to have his employees and the system focused on that. We had no reason to doubt that he was not going to do that.” Roughly a year and a half later, the school board voted to buy out Easton’s contract, and the superintendent was relieved of his duties.

For 2008, Lafayette Parish’s DPS is 91.5, the same score it had in 2001. While other school systems have managed to improve, Lafayette has remained flat. “If we had gained in scores one point per year since 2001,” Davis points out, “we would have moved from 17th into the top 10. The failure has everything to do with our performance, not with what happened in other places around the state.”

So just how far off is the Lafayette public school system come from meeting its performance goals? Very far. According to Davis’ documentation, which can be gathered through the Louisiana Department of Education if you roll up your sleeves and dig in, the LPSS performed miserably. Of the 11 goals the school system agreed to pursue for parish high schools, only one was met. That’s a success rate of 9 percent. It gets worse. Elementary schools achieved 8 percent of their goals (two out of 26). And middle schools laid a goose egg, achieving none of their 18 goals. Lafayette’s best schools have slipped since 2001 and so have the worst schools, and the chasm between the two grows. Performances like that on the LEAP test would require remediation and a retake in the summer.

What’s more, as Davis points out in the document he recently prepared for the chamber, in 2001 the school system estimated the sales tax would generate $16 million annually, but only $10 million per year was necessary for the teacher pay raise. That left an additional $6 million each year, which the school system would devote to closing the performance gap between economically disadvantaged students — overwhelmingly African-American — and their mostly white counterparts. The school system fell far short of the prescribed goals, although it did close the gap slightly. “In summary,” Davis writes in the assessment, “our school system has failed in a substantial way to live up to its commitment to the Chamber to increase our academic achievement scores and ranking, while closing the achievement gap.”

Davis argues that the performance assessment makes a strong case for backing state Superintendent of Education Paul Pastorek’s plan to reform school boards. The plan, submitted as legislation for the upcoming session by state Rep. Steve Carter, calls for such measures as eliminating salaries for school board members and replacing them with per diems, and strengthening the position of superintendent so boards can focus on policy. “The public education system around the state of Louisiana will not reform itself,” Davis observes. “The leaders of these public education systems, the school boards, the superintendents, the way they are structured, I believe, inhibits their ability to reform.”

Lafayette Superintendent Burnell Lemoine and school board President Carl LaCombe, reached late Monday afternoon by phone, both said they had not heard of Davis’ performance assessment and were not comfortable talking about it until they see it. Chamber leadership declined to comment for this article and has not yet taken a public position on the Pastorek plan.

Davis, meanwhile, retains a strong measure of praise for the chamber of commerce. “The chamber has tried to be a good partner [with the school system],” he says. “I think they were hesitant to really make any negative public statements out of fear that it could undermine the relationship, and I believe that that’s why you really in a public way haven’t heard much from the chamber about the results.”

And Davis spreads the blame for Lafayette Parish’s anemic seven-year performance. “We all have a stake in the failure,” he says. “Not just the school system, but the business community, the civic community of Lafayette, the religious community of Lafayette, and the many other agencies that touch the life of a child, especially children that live in poverty. If parents are not doing what they should be doing with their own children, then we are depositing onto the school campus hundreds and hundreds of children who are not education-ready.”