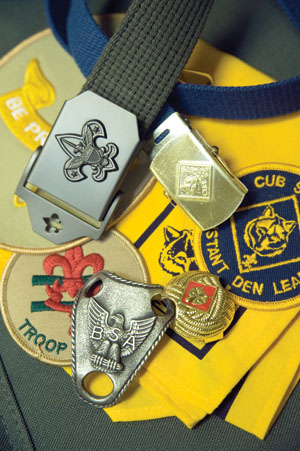 The Boy Scouts of America’s Evangeline Area Council, representing the eight-parish Acadiana region, has cut ties with the United Way of Acadiana in what may be the most amicable divorce ever. The kids will come through it OK, but it’s a divorce nonetheless. The split ends a long marriage; Boys Scouts of America was a founding agency of United Way. At issue is UWA’s adoption last year of its Plan of Action for Community Transformation United, more commonly called PACT United, which comprises a new priority for how it distributes funding to non-profit agencies in Acadiana. The priority shift has left some agencies that were once beneficiaries of United Way largesse scrambling to fill voids in their coffers.

“If you think of it just as pure market competition,” says Evangeline Area Council President-elect Gary McGoffin, a Lafayette attorney, “we are in direct competition [for funding] with United Way and we want to differentiate our brand. It may not be a real pretty way of saying that, but that’s what it comes down to.”

The split locally between Boy Scouts and UWA was made official in the last week after the Evangeline Area Council’s board of directors voted to break off ties. But the genesis of the split begins with UWA’s adoption of PACT United over the last 18 months. PACT focuses on “three Es”: education (to improve the graduation rate), earnings (to build financial stability) and essentials (to help people meet their own basic needs). And now, instead of simply divvying funding among partner organizations that do good works in the community, UWA focuses with PACT on funding programs that address education, earnings and essentials. “The bottom line is,” says Margaret Trahan, UWA executive director, “we all win when a child succeeds in school, when families are financially stable and people can meet their own basic needs.”

But UWA’s shift in funding priorities has not come without some “growing pains,” as Trahan puts it, although its overall financial contribution to local non-profits has hardly changed. Seven longtime UWA partner agencies were not funded this year, including Boy Scouts, but five new agencies came on board. In 2008, it funded 58 programs offered by 33 organizations. This year, 29 organizations and 53 programs are receiving PACT United grant awards. These include education programs offered by Big Brothers Big Sisters, Boys & Girls Clubs, Junior Achievement and the Lafayette Education Foundation; the community pharmacy program offered by the Lafayette Community Health Care Clinic; and the Vermilion Council on Aging’s home-delivered meals program. Beneficiaries are both secular (Acadia [Parish] Council on Aging) and religious (Lafayette Catholic Service Centers).

Yet some Acadiana non-profits that once relied on UWA funding, and which submitted applications for PACT United grants, are facing a funding shortfall and the grim decisions that go along with it. “We’ve got about three months of working capital,” explains Dr. David Barczyk, a Lafayette chiropractor who serves as president of the board of Stuller Place. Stuller Place, which operates the Children’s Advocacy Center (for victims of sexual and physical abuse) and the Sexual Abuse Response Center, relied on UWA for about 10 percent of its funding. But UWA determined that Stuller Place, while inarguably doing good in the community, does not benefit the three Es.

About a month ago, Stuller Place sent out a desperate plea for help, and the community responded: individual donations of $12,000 and $10,000, a donation of 100 teddy bears (given to clients at the Children’s Advocacy Center) from Amy’s Hallmark, and a $5,000 donation from District Attorney Mike Harson generated through his annual golf tournament. Eight-year-old Adrienne Wyble, a second grade student at Sacred Heart Elementary, even donated her birthday and allowance money totalling $191.73.

Stuller Place may have to pull back its operations from the Acadiana region and focus on Lafayette, but in the meantime, the recent donations were heaven-sent. “I choose to call it God,” says Faith Moody, Stuller Place’s executive director. “I think God is going to take care of this place.” Faith indeed. Moody says Stuller Place will soldier on in a post-PACT world and look elsewhere for funding. “It’s imperative that people do support the fundraising effort so that we can make up for that lapse,” she says, “because our children cannot go without these services, they simply cannot.”

There has been some grumbling in the community that because non-profits that may have been personal favorites are no longer being funded, donations would be given directly to the non-profits instead of to UWA. But Trahan says the response to PACT United thus far has been strong, both in sentiment and donations. “We understand right now that some supporters of organizations that did not earn a PACT grant award are disappointed. I’m just hoping that once the emotions settle and people have a chance to consider the work that United Way is doing, and that is to ensure that more children graduate from high school and their families are financially stable, that that will be something that will have meaning for them and that they will continue to support United Way.”

The Evangeline Area Council Boy Scout’s funding through UWA went from an annual average of $100,000 to $11,000 this year, according to McGoffin, and what the group did receive was through UWA donors who checked off Boy Scouts on their UWA pledge cards, indicating they wanted at least part of their UWA donation to go to Boy Scouts. But the Evangeline Area Council received no PACT United funding, although an application was submitted. “You can’t leave 10 percent of your general fund budget in the air until the first quarter of the budget year to see if you’re going to get it or not,” explains McGoffin. “How do you fund, how do you plan for that? It’s just not practical.” So the local Boy Scouts are pitching camp outside the UWA park. They’ve asked UWA to remove references to Boy Scouts from UWA promotional materials and pledge cards because council board members thought that would create confusion. “We want to make it clear to people,” McGoffin says, “that if they support scouting, and we certainly encourage everyone to do that, then the way they do that is by donating directly to the scouts, rather than through the United Way. And if you donate to the United Way, we want to make sure that people understand that now, going forward, a contribution to the United Way is not going to translate to a contribution to the scouts.”

The split between the Evangeline Area Council Boy Scouts and UWA is a local phenomenon, as boy scouts councils around the country remain vital members of their local United Ways. McGoffin still supports UWA, even as the two groups now find themselves competing for Acadiana’s altruistic dollars. “We applaud the three pillars that they’ve adopted and focused on for their efforts,” say McGoffin, “They’re a tremendous asset to our community.” And McGoffin says local scouts will continue to lend a hand at United Way events whenever called upon, in keeping with the scouting ideal of service. “I know there’s disappointment on both sides of the equation right now,” he says. “But the goal of both organizations is to strengthen our community, and that’s why it’s so important that we keep the lines of communication open and have these discussions.” And both groups are leaving the door open to reuniting at some point in the future.

A divorce, yes, but joint custody on many weekends.