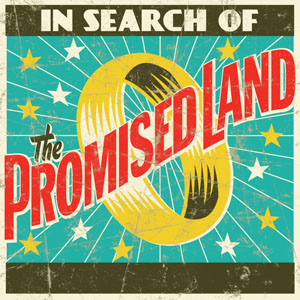 C.C. Adcock was tired of the blank stares whenever he described Lil’ Band O’ Gold. “The basic idea was to make a film so that we could explain to people what Lil Band’ O’ Gold is and what swamp pop is.” That’s why he and Tarka Cordell set out to make a movie.

The idea began bubbling in January 2005, when Cordell contacted Adcock. The two were longtime running partners, with Cordell producing Adcock’s two solo albums. Cordell was the son of legendary British record producer Denny Cordell, but Tarka is also a producer, musician and writer in his own right, and enlisted the young British filmmaker Matthew Wilkinson to shoot footage for The Promised Land: A Swamp Pop Journey.

After returning to England in 2005, Cordell and Wilkinson returned to Louisiana in the wake of the 2005 hurricanes. They shot more footage and began recording and producing a second record at the legendary La Louisianne Recording Studio on Stevenson Street.

The Promised Land premiered at this year’s South by Southwest Film Festival last month in Austin, with three different screenings. And this weekend, the film makes its Louisiana debut as part of the Acadiana Film Festival, with a showing at the Bayou Bijou.

Unfortunately, Cordell was never able to see The Promised Land’s final cut. In late April of last year, he committed suicide in his London home. He was 40 years old.

For the most part, the final film was edited by Cordell, but Adcock and Wilkinson put the final touches on it. And if the film is well-received, there’s always the Tribecca and Cannes film festivals. Plus there’s also another Lil’ Band O’ Gold album already recorded and in the can, just waiting to see the light of day. “It could be released tomorrow, along with this movie,” Adcock says, “We’re just hoping to find a decent distributor for the record and the movie.”

The local premiere of The Promised Land: A Swamp Pop Journey _takes place on Saturday at 7 p.m. at the Bayou Bijou on UL Lafayette’s campus. On Saturday night at 9 p.m. at the Somewhere’s Else Lounge (1506 Surrey Street), catch Lil Band O’ Gold live, with Lil’ Buck Sinegal and Tommy McLain. Admission is $10.

The Acadiana Film Festival, which focuses on the future of motion pictures and music production, runs from Thursday, April 15, through Sunday, April 19, in Lafayette. For a complete schedule and detailed information, visit www.AcadianaFilm.org ._