Beware those of you who bleed purple and gold: Your identity is at risk, according to the U.S. Secret Service, if you attend LSU football or basketball games. According to federal agents, an identity theft gang preying on LSU fans has generated about $50,000 in ill-gotten gains. The modus operandi: target middle-aged male fans at games, pick their pockets, create a fake ID, visit the victim’s bank and pull one over on the teller. Agents say the ring has also run the pick and roll at New Orleans Hornets games. 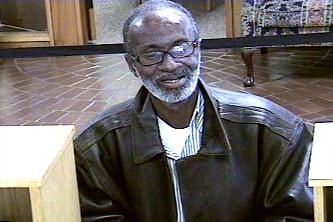 The Secret Service has identified through surveillance photos a prime suspect. He’s believed to be the point man for the operation, and has committed bank fraud using stolen ATM cards in Lafayette, Lake Charles, Moss Bluff and Sulphur. If you recognize the suspect, you’re asked to call the Secret Service’s Baton Rouge office at (225) 925-5436.