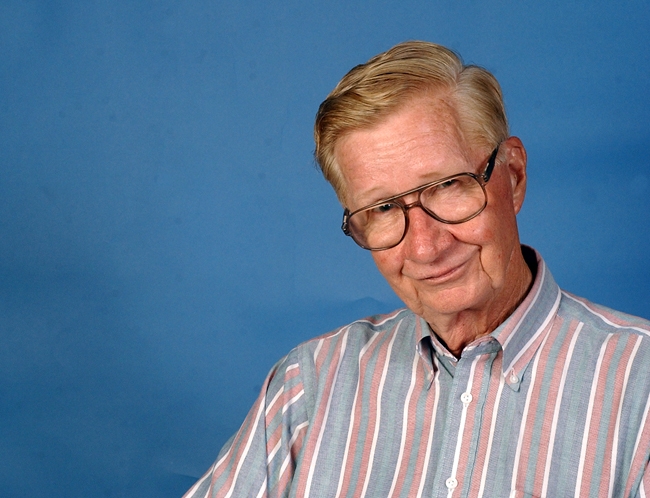 Hamm spent decades at The Daily Advertiser, most recently in the role of editorial page editor. His writing was the voice behind many an Advertiser editorial over the years. Hamm also served as the newspaper’s city editor, a position he vacated to become news director at KATC TV3, where he worked for several years in the late 1960s and early ’70s before returning to print.

“Bob was a consummate professional,” says Acadiana historian and columnist Jim Bradshaw, a longtime colleague of Hamm’s at The Advertiser. “Bob loved the English language,” Bradshaw adds. “He worked very hard to use it properly and to use it well.”

“I met Bob at my first job when I was a receptionist at KATC TV 3 in the early seventies,” recalls Phyllis Walters, former lifestyle editor at The Advertiser. “Bob was always the first with a quick and clever quip, but whatever he said, you could trust his word. His knowledge of ‘old’ Lafayette was astounding: there was no better storyteller than Bob Hamm. I often share them and claim them as my own. I bet he’d get a kick out of that.”

In fact, until about three years ago, Hamm and Bradshaw co-hosted “Prime Time” on Saturday mornings on KPEL radio. The call-in show centered around memories of Lafayette. “He was a very private person in very public jobs,” says Bradshaw. “Nobody sees you on the radio. I’d come in in jeans and flip-flops and he’d have a suit on.”