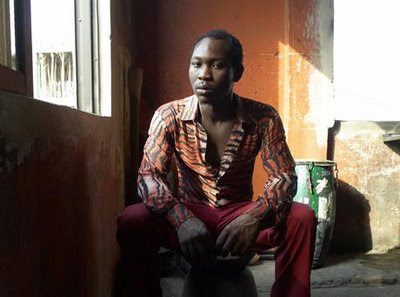 The latest casualty of the national economic recession: Festival International de Louisiane headliner Seun Kuti & Egypt 80. One of the more anticipated acts of this year’s festival, Seun Kuti recently cancelled an entire leg of his U.S. tour, FIL included. A band spokesman could not be reached for comment. Notices from other venues on the tour, which included west coast gigs in L.A. and San Francisco, say the cancellations are due to “economic reasons.”

Hailed as the new standard bearer of Afrobeat music, Sean Kuti is the younger son of Nigerian superstar Fela Kuti. Seun has been playing with his father’s raucous band, Egypt 80, since he was eight, and took over the horn-laden 16-piece ensemble after his father’s death in 1997. The group was scheduled to make its Lafayette debut tonight at Festival International. The band is still listed as a performer on the French-language version of Festival International’s Web site.

Festival International Director Dana Canedo says Festival International was notified about the cancellation back in February and that it was largely due to the economic hardships facing several of the venues on the band’s tour. “It was very dissapointing,” she says, adding that festival organizers hope to be able to bring the band in for next year’s event.