It’s an undertaking that would make Don Quixote blush: A New Orleans retiree has set out on a solo mission to improve Louisiana by taking on the size and structure of its government. Tony Gagliano is the publisher and — as of now — sole contributor to the new webzine Transform Louisiana.

The purpose of the monthly Web-based magazine is, as Gagliano puts it, “to prod Louisiana’s leaders and its people into taking immediate steps to transform the structure, financing, processes and political ideologies of state government as a means of alleviating the chronic poverty, poor physical and mental health, learning deficits, and social conditions of too many of Louisiana’s people.” 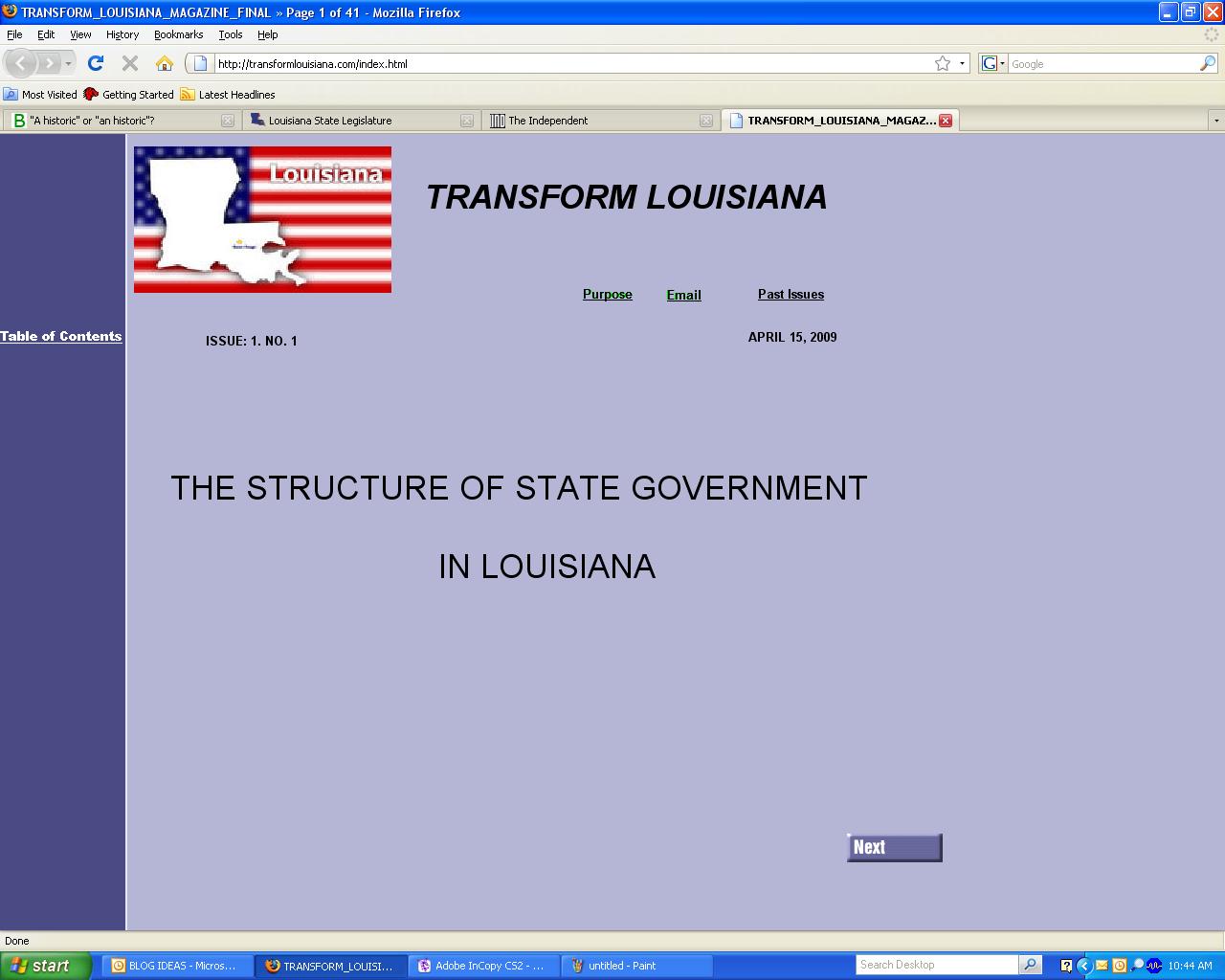 Transform Louisiana makes the case that Louisiana’s government structure is weighed down with a Byzantine duplication of services and agencies that helps contribute to the state’s relative inability to administer to the needs of its residents. Gagliano painstakingly charts and details the structure of state government in the ’zine. “I believe that the people and institutions of Louisiana have all failed to insist strongly and consistently enough that state government must be changed,” Gagliano says, “if Louisiana is ever going to make any significant progress.”

Gagliano admits his enterprise will not transform Louisiana by itself, but says he hopes “the magazine will encourage the creation of constituencies not just for reform and restructuring of state government, but for the strategic and effective investment in education, health, mental health, youth development, and criminal and juvenile justice reform.” He welcomes contributors.