City News Stand on Jefferson Street downtown will flip its sign to “closed” forever sometime in mid May. It is one of the oldest continuously operated businesses in Lafayette, and the last of the traditional 20th century news stands where commerce in newspapers, magazines, tobacco, cold soft drinks and idle conversation was all in a day’s work. 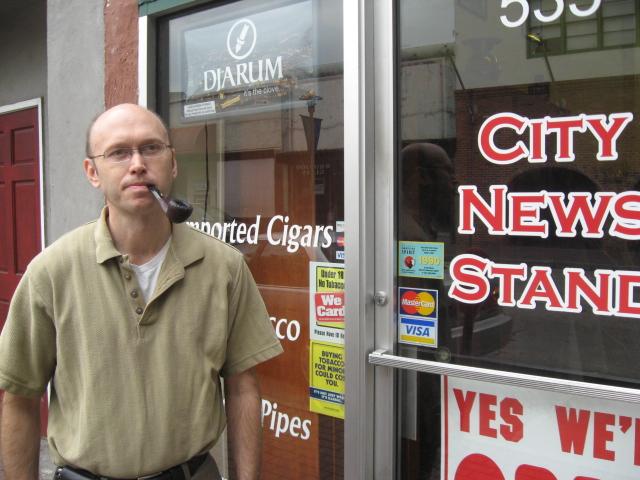 “While our tobacco business has been carrying more and more of the load for the overall business,” says City News co-owner Victor Gallagher, “nevertheless, for the last eight or nine years I’ve been fighting a losing battle. I simply don’t have the ability to run the business indefinitely on my own. And when it came down to taking over from my parents completely, I just decided I didn’t want to.”

Victor’s father, Mike, was a crotchety fixture behind the register at City News since he purchased it in 1987. But the elder Gallagher suffered a heart attack in 2001 and is rarely seen in the shotgun shop these days. Victor, meanwhile, is working 70-hour weeks to keep the doors open and the books balanced.

According to Gallagher, City News has been a fixture on Jefferson Street since 1926. It’s been through several owners over the years. The Gallagher family purchased it at roughly the same time the shop moved two doors down to its present location. The move was fortuitous: In the mid ’90s the building housing the original news stand burned to the ground after a gas leak in the adjoining barber shop caused an explosion. All that remains of the original site is an empty lot and old tiles that were once part of the barber shop floor. 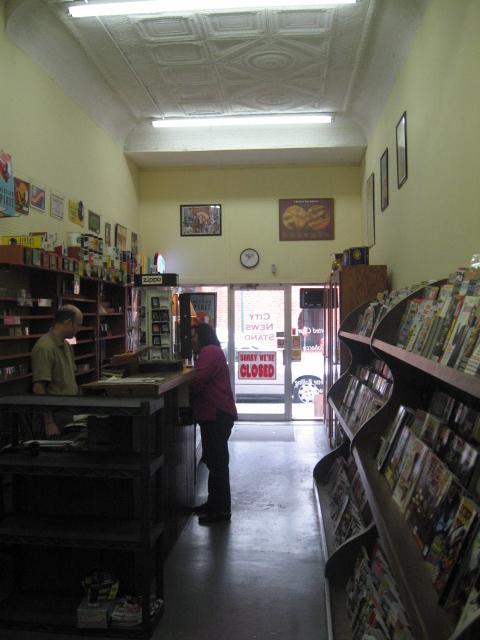 And while Jefferson Street and downtown Lafayette have been through some lean times, City News Stand has weathered the bear markets. When The Daily Advertiser broke tent several years ago to move to a new location on Bertrand Drive, City News joined Antlers, Dwyer’s Cafe, Keller’s Bakery and Guidry Hardware as the only Jefferson Street businesses dating back to the 1950s and beyond. The Fun Shop may also have fallen into that category; it closed a few weeks ago.

Now, technology has conspired with population and generation shifts to make running a news stand an untenable career. Gallagher started noticing declines in magazine sales early this decade, and it has gotten progressively worse, not just at 535 Jefferson St., but industry-wide. “I think you can blame the Internet, and it’s easy to,” Gallagher says. “I think it’s a changing demographic. The younger crowd doesn’t read as much. They’ll smoke but they won’t read.”

The 41-year-old proprietor, who says he’s “never had a real job,” plans to take some time off and weigh his options. Going back to college to pursue a science or technical degree is likely, he says. Victor Gallagher is smart. He'll land on his feet.

“Over the last several years it’s been wearing me down,” Gallagher admits. “I just came to the conclusion, I’ve got to get out.”