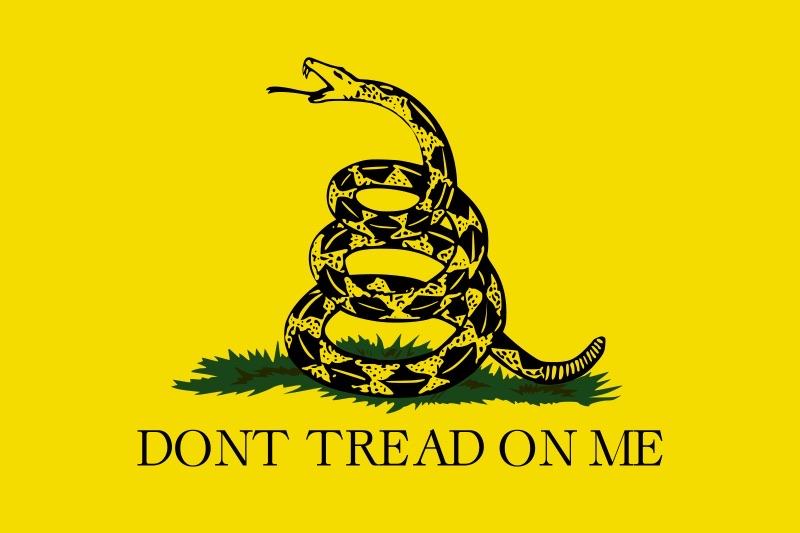 In keeping with the latest in inappropriate Homeland Security directives and the arbitrary paranoia of the post-9/11 world, where valuing your "freedom" too highly is suspect, police pulled over and detained a Ball, Louisiana man last week because of a bumper sticker on his car that read “Don’t Tread on Me.” The man, who wished to remain anonymous, was apparently detained for half an hour and subjected to a thorough background check by police who believed him to be a possible “extremist” involved in “militia-type” activities.

The coiled snake and “Don’t Tread on Me” motto have a long history that dates back to the U.S. Marine Corps, the Gadsden flag (named after American Patriot Col. Christopher Gadsden), and as a symbol for the Americans defending the colonies during the French and Indian War.