A guide to the best cocktails in Lafayette. By Mary Tutwiler. Photos by Robin May 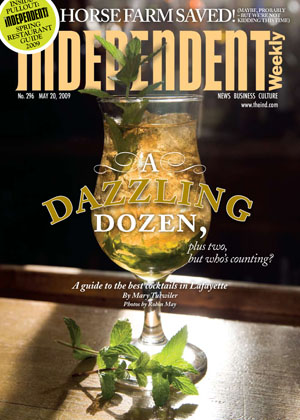 Shake it up baby; there’s a cocktail revolution going on. New York, Los Angeles and especially the cradle of drinking, New Orleans, are stirring up some mind-bending potions. The Sazerac never went out of fashion in the Crescent City, but drinks like the 1930s Avation, a hair-of-the-dog Corpse Reviver and the newest concoction to hit town, the Creole Shrub, are initiating a generation of new Americans to a grand old American invention, the chic, the risque, the roaring, and louche cocktail.

A couple of months ago, I could have sworn that there was no discerning decocting going on in Lafayette. Sure, there were the standard dirty martinis, frozen daiquiris and cosmos pouring out of bars, but ho-hum, we’ve already drunk a river of them.

That’s when a woman walked into a bar: “What have you got that’ll knock me off this bar stool?”

Luke Tullos, then-manager at Pamplona, put on his best Cheshire Cat grin. “I’ve been working on this drink,” he said. I watched him muddle some lemons and limes, sweeten them with simple syrup, and then add an astonishing thing to his cocktail glass. A big sprig of basil. Basil’s for salads. Basil’s for tomato sandwiches. What’s basil doing in a cocktail? A splash of vodka, a little this ’n’ that, then Pamplona’s famous shake, vigorous and sexy, before Tullos poured the concoction into a glass and handed The Viceroy to me. 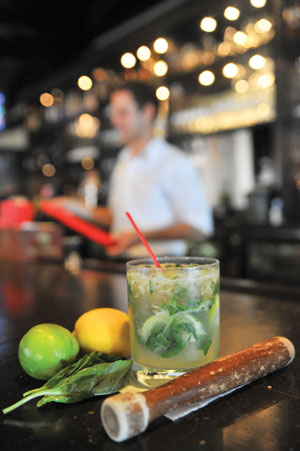 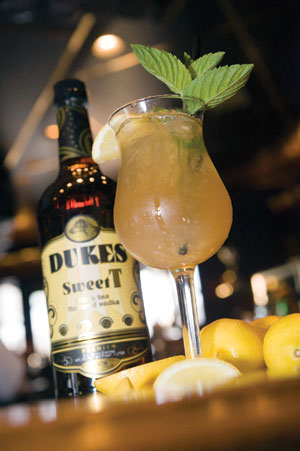 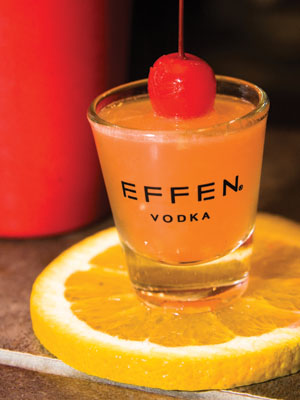 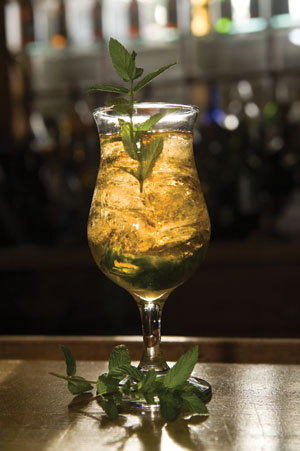 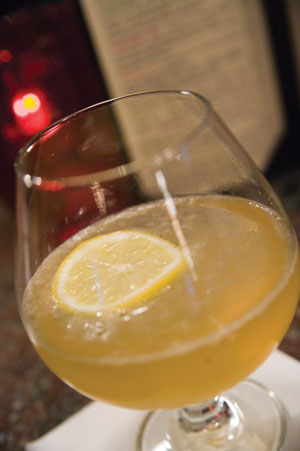 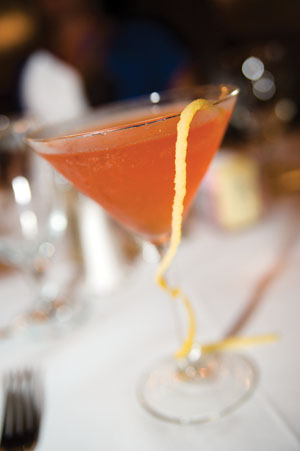 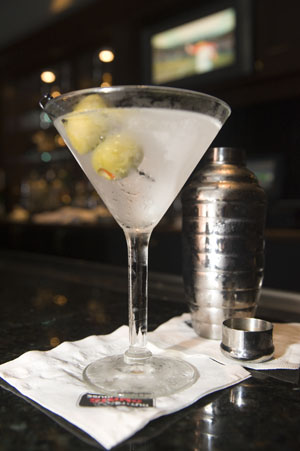 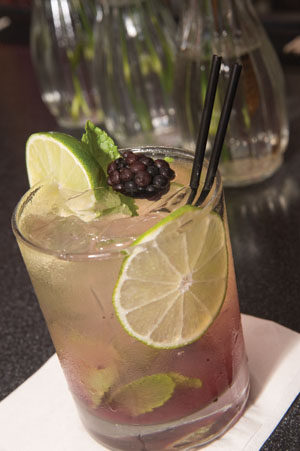 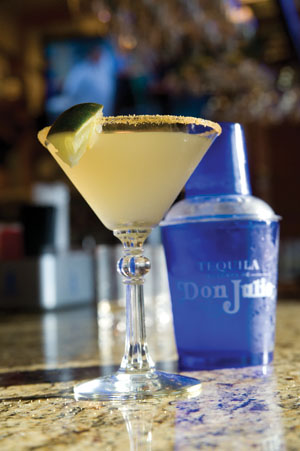 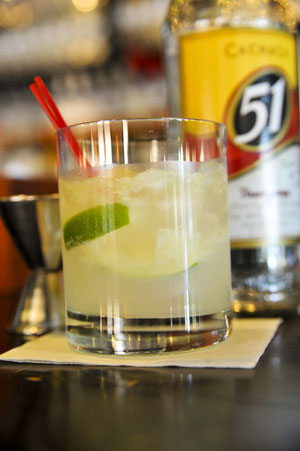 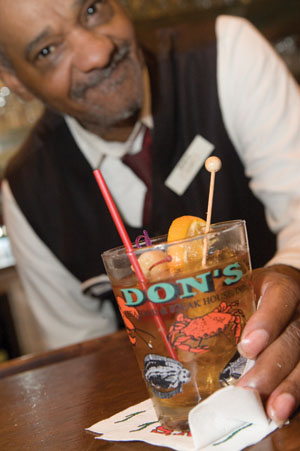 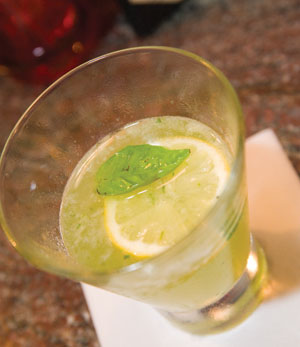 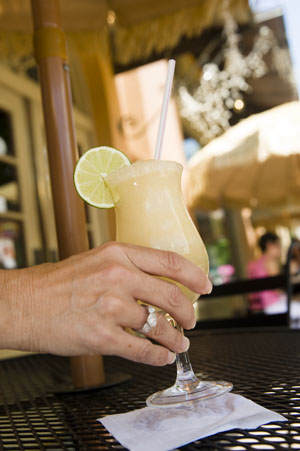 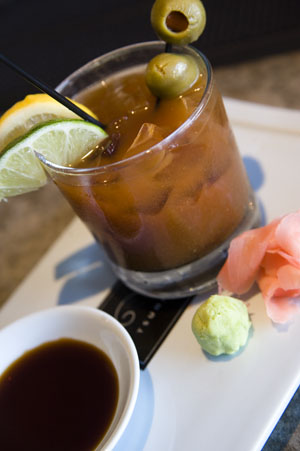 How do you describe a first kiss? It was like that — fresh, young, delicious and, of course, intoxicating. Were there great cocktails here before that liquid royalty disembarked from its passage to Lafayette? Perhaps. But in my cocktail chronicles, the Viceroy was the beginning of the epic bar hopping journey that is, alas, completed today.

Like the catchy pop songs of the late British hit-maker it’s named for, this drink is simply irresistible. Simply irresistible. You don’t have to sneak Sally down the alley. Just take Duke’s Sweet Tea flavored Vodka, mix with fresh squeezed lemonade, pour over ice, and garnish with a sprig of fresh mint. This is the potent rock ’n’ roll brother of the Arnold Palmer, waiting for you at the 19th watering hole.

Sometimes we like them short and sweet. Bonnie Gibson was getting ready to celebrate her waitress Isabel Pacheco’s 34th birthday. “She had the night off,” Gibson says. “I needed to create a drink in honor of her birthday and her marriage to a Spaniard.” Gibson muddled fresh fruit — a slice of  orange and lemon, a maraschino cherry and simple (sugar) syrup. She shot Patron Blanco, with its citrus notes, into the shaker, and ole! “I guess it’s an appropriate name,” says Isabel, looking darkly at Gibson, “at times.”

Light in a bar, imagine that. Café V’s cozy club room gets shafts of afternoon sun. Glowing through Kentucky bourbon, it’s like an American dream of pure nutrition, summer grown corn slung straight into alcohol. The café has an herb garden, and the fresh plantation mint that flavors this classic comes straight from the earth. I’ll be here, watching the Belmont, rooting for Calvin Borel and sipping sugar and mint flavored sour mash.

The World War I flying aces loved champers. This cross between cognac, lemonade and champagne, or in the case of Gene Todaro’s Italian restaurant, proseco, is a bubbly classic. Champagne with a cognac kick evidently felt like being shelled with a French 75mm Howitzer artillery piece. Also called a ’75 Cocktail. Hence the name, French (or Franco, south of the Alps) 75.

Don’t mess with the best. Ruth’s Chris’ steaks cut like butter, and its martinis are a study in perfection. The paring of gin and vermouth came about some time in the second half of the 19th century, but the gin was something like Old Tom Gin, which contains sugar syrup, and the Italian vermouth was sweet. Add a dash of Angostura bitters and two dashes of maraschino liqueur and you’ve got the original 1890s Martinez cocktail. Ask for Gin and Italian.

It wasn’t until after Prohibition, when bathtub gin was replaced with beautifully distilled English gin and dry French vermouth became the complement of choice, that the dry martini became fashionable. Shaken, as Ian Fleming would have it.

Anything passes for a martini these days, but try the classic, with a great gin like Bombay Sapphire, enough dry vermouth to make it count, and an olive or a twist.

After the first mojito, there is no other. That’s what I thought when Raphael Garcia introduced me to the Cuban cocktail back when Café Habana City was nearly to Abbeville and happy hour lasted all Saturday afternoon. Since then mojitos have taken off in Lafayette, but Masala puts a terrific twist on the drink by adding a healthy dose of fresh blackberry puree. The lime, the mint, the silver rum, the sugar and soda take to fresh fruit like Hemingway to Habana.

I’d been looking for the perfect margarita all day, doing a Mexican mariachi from one bar to another, and peering into glasses filled with margarita mix. When did bartenders stop squeezing fresh juices and go to a bottled go-to? Picante has a star on the bar menu, a beauty of a drink made with Don Julio Reposado (aged tequila that tastes like chocolate) Cointreau and fresh squeezed lime. The shaker holds enough for two, making this not only one of the best drinks in town, but one of the best deals as well.

Don’t let the tongue twisting get in the way of ordering the national drink of Brazil. The caipirinha is made with muddled lemons and limes, sugar, and cachaça, a rough rum made from sugar cane (rather than molasses). It goes down so easy; you’ll be speaking Portuguese after a few of these.

Cliff Andrus is the most famous curmudgeon in town, and without doubt the most notorious bartender. What keeps people coming back to the bar at Don’s is killer old-fashioneds in double glasses that turn into triples if you ask for them to go. There’s a lot of contention about what whiskey to use in an old-fashioned, rye or bourbon. Rye is the drier of the two. Cliff nails his drink with Maker’s Mark bourbon and stirs it with a swizzle stick, so the imbiber gets to control the sugar, a good thing. That sugar will get you drunk every time.

This must be the year of basil in cocktails. Everybody’s favorite at Marcello’s muddles fresh lemons, basil leaves, sugar and vodka into a bright green drink that is dangerously delicious. Vodka is so last year. The way the drink was conceived and is served if you ask for it is with a cucumber-flavored gin called Hendrick’s. Brilliant.

When it’s hot enough to fry huevos on the sidewalk, the temperature is right for frozen drinks. Guamas blends up an exotic concoction of tequila and guava juice that makes you dream of tropical islands, sea breezes and palm huts. Oh, wait a minute, those palm fronds are swaying from the umbrellas on the wide sidewalk in front of Guamas, I’ll have another, and what was I saying?

The morning after. Last night you never thought it would. Fortunately, Tsunami has found a way to make me look forward to hangovers, just so I can justify one of these justifiably fantastic hair-of-the-dog cures. Its homemade Bloody Mary mix includes sushi bar staples like wasabi and soy sauce. Spicy, salty, only partially tamed by the lemon on the edge of the glass. You’ll feel better by lunchtime. And ready to jump right back off the wagon.