(Editor's Note: read here for more details on the promising master plan for conversion of the horse farm into a passive recreational park -- which means no tennis or basketball courts, no soccer or baseball fields.)

Great cities have great public spaces. Lafayette may be on the verge of becoming a great city.

A controversial proposed land-swap deal that once divided this community and the university it has supported for more than a century could be taking a decided turn. Thanks to potential anonymous benefactors, a deal is in the works to transform the 100-acre UL Lafayette horse farm on Johnston Street into a world-class passive recreational park.

UL President Joe Savoie declined comment, saying an announcement would likely be made later this week.

Details remain sketchy, but sources familiar with the negotiations say the deal also involves Lafayette Consolidated Government and will catapult the standing and visibility of the 9-year-old Community Foundation of Acadiana. 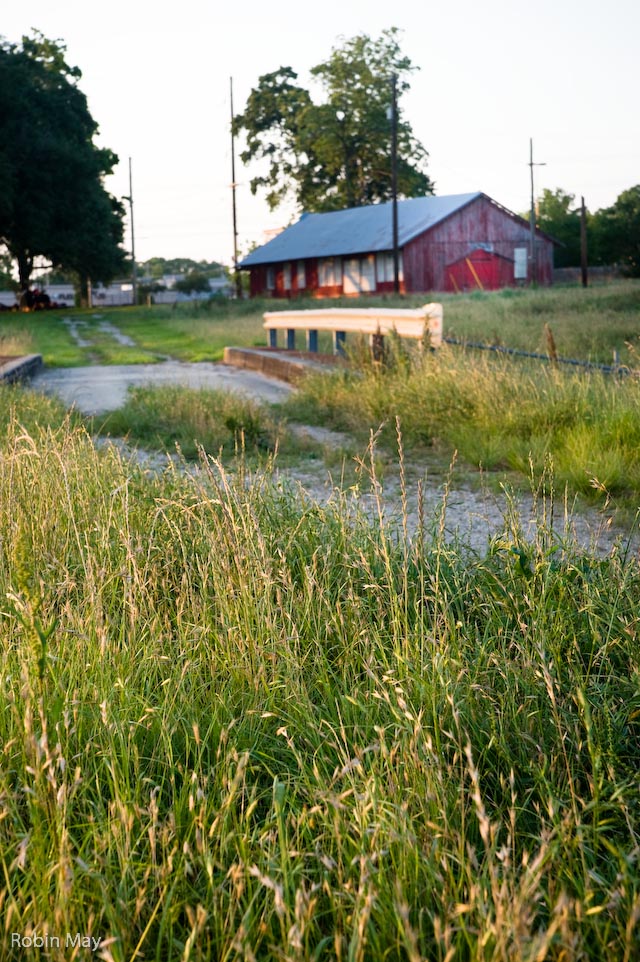 The potential donors, who have requested that their identity not be revealed until all legal and legislative matters are firm and various board approvals are granted, plan to gift $5.7 million to the not-for-profit Community Foundation of Acadiana, which has committed to raise funds for development of the park and create an endowment fund for perpetual maintenance (there are numerous examples of community foundations across the country that own and operate parks). The $5.7 million gift (the recently appraised value of the Johnston Street tract) for purchase of the horse farm will be made to the Community Foundation after matching funds are raised.

The Community Foundation and LCG are working through the details of an ongoing maintenance agreement of the grounds and facilities.

The deal requires various approvals. Before the legislative session, state Rep. Joel Robideaux prefiled a bill seeking legislative authority for the Board of Supervisors for the UL System to sell the property to the Community Foundation (the bill is expected to be heard by the Natural Resources and Environment Committee next week); LCG’s council will need to approve any agreement with the Community Foundation as well as a partial swap of the horse farm land for the 8-acre Youth Park that adjoins the campus behind the Johnston Street fire station (a small portion of the horse farm is needed by the city to construct an emergency access road from West Bayou Parkway); and the Community Foundation’s board will also have to approve its role.

UL will use proceeds from the sale to purchase additional land near campus and redevelop portions of the existing campus. In its “Open Letter to Authement: Kill the Deal,” (Dec. 7, 2005), The Independent Weekly suggested that valuable and easily developable property could be freed up with the relocation and modernization of the university’s cluttered maintenance facility that is separated from Youth Park by a coulee. It now appears that the university plans to do just that, along with exploring ways to cover the coulee to connect the maintenance acreage with Youth Park, the beautiful, rolling landscape that includes mature live oaks and is defined by a single-family residential community. Youth Park, also commonly called Guidry Park, is a key component of a smart growth or infill plan that will allow UL to create a mixed use development that will have apartments, retail and restaurants for the student body (don’t worry, the skate park isn’t going anywhere — at least not any time soon).

It’s unclear what additional properties the university hopes to acquire.

Preserving the acreage has been a mission for the community group Save the Horse Farm, which was founded by UL students and local activists in the wake of the suspect land-swap deal; and City-Parish President Joey Durel, who has long maintained that turning the horse farm into a jewel of a community park would be a dream come true for a city underserved by this kind of recreational facility. In mid-2006 Durel negotiated a verbal first right of refusal agreement with then-UL Lafayette President Ray Authement, securing for local government first dibs on the 100-acre horse farm property.

Perhaps more notably, since taking over as UL president last year, Savoie has maintained — in several interviews with this paper — a commitment for the university to be a full partner in projects that benefit the community as a whole. “That’s how I intend to operate,” he has said. “It is important to re-establish that relationship.”

Save the Horse Farm co-founder Elizabeth “EB” Brooks was ecstatic to learn that the deal appears to be coming together. “This is what we’ve wanted all along,” she says. “And we are so pleased to see the university step up to do what’s right for the community at large.  .hmmessage P { PADDING-RIGHT: 0px; PADDING-LEFT: 0px; PADDING-BOTTOM: 0px; MARGIN: 0px; PADDING-TOP: 0px } BODY.hmmessage { FONT-SIZE: 10pt; FONT-FAMILY: Verdana }It is incredibly rewarding that it has finally paid off. This wouldn't have been possible without the support of the Save the Horse Farm group, the community, our local officials, and the university administration," she continues. "ULL and the Acadiana community will benefit from this for generations to come, and I look forward to making sure that the Horse Farm becomes one of Lafayette's finest assets."

Read more about the proposed plan in tomorrow’s Independent Weekly.

UPDATE: UL issued this release at 3:51 p.m. today. Below is the release in its entirety:

The University of Louisiana at Lafayette, Community Foundation of Acadiana, and Lafayette Consolidated Government are pleased to announce their collaborative effort to dedicate nearly 100 acres of university property on Johnston Street, known as The Horse Farm for the development of a passive public park, preserving its natural beauty for use as walking trails, bike paths, gardens, green space and uses other than organized sports areas.

The group is working with potential donors to secure a $5.7 million lead gift to make the project a reality. The Foundation anticipates establishing a campaign to raise money to match the lead donation. Funds raised will be dedicated to the design, build-out, and perpetual maintenance of the property.

Once matching funds have been raised, the Foundation plans to purchase the property from the university at its $5.7 million appraised value. Community Foundation of Acadiana will then own the property and intends to work with Lafayette Consolidated Government on a cooperative endeavor agreement defining the responsibilities of both parties.

The university will place proceeds from the sale of the property in a special restricted land acquisition fund that will be used to acquire property closer to its other campus properties.

There has been much public interest in preserving this large green space near the center of the city.

“The university recognizes this as a unique opportunity to partner with benefactors, Community Foundation of Acadiana, Lafayette Consolidated Government, and local residents to create an invaluable community asset with the Horse Farm property,” said UL Lafayette President Dr. Joseph Savoie.

“This is a very special tract of land because of its size, its location in the center of Lafayette and its natural beauty,” added Savoie. “Local citizens, including Save the Horse Farm activists, are passionate about this property, feel some ownership in its preservation, and have expressed a strong desire for a park. So, if given the authority to do so, the university will respond to the community’s wishes and facilitate the creation of a passive park,” explained Savoie.

“Community Foundation of Acadiana is excited to partner with the university and Lafayette Consolidated Government,” said Community Foundation Executive Director Raymond Hebert. “Initiatives that allow us to engage philanthropists to improve the community are at the heart of our mission, and we are honored to play a role. As an independent body, we see our role as facilitating the development of a space which highlights the tranquility of the property, improves our collective quality of life, and brings the community together,” added Hebert.

Before the university can sell state-owned property, it must obtain legislative approval. A bill was introduced this legislative session by Representative Joel Robideaux that would grant the university the authority to divest itself of the property. If passed, the university would then have to seek approval from the Board of Supervisors of the University of Louisiana System before it can complete the sale of the property to Community Foundation of Acadiana.

The Horse Farm property totals 99.465 acres. According to a recent state-sanctioned appraisal, 87.79 acres is usable property, 2.32 acres is coulee, and 7.35 acres is a Lafayette Consolidated Government easement. There is also a 2.01-acre section that is an isolated piece of the property separated by the coulee and bordering the property of a small number of local residents.

Lafayette Consolidated Government proposes to swap Youth Park, which is approximately 8 acres of property located at 1919 Johnston Street, adjacent to the southwest corner of the university’s main campus, for the 7.35 acres as part of the agreement. The LCG fire station on this property and all park activities will continue at this location for the foreseeable future. All property agreements among Lafayette Consolidated Government, The University of Louisiana at Lafayette and Community Foundation of Acadiana will require approval of the Lafayette City-Parish Council.

“The announcement of this agreement is another important step in our collaborative efforts to preserve The Horse Farm as a central park for our community. There is exciting and historic work to be done,” said City-Parish President Joey Durel, who has been working with all parties involved in this project for more than 3 years.

“This is something that we will enjoy today and for generations to come. It is going to immeasurably impact the quality of life of the citizens of Lafayette Parish and all of Acadiana. It will further our efforts to make Lafayette a great place to live and raise a family. We are fortunate to have people from our area that are so giving and recognize the importance of preserving green space such as The Horse Farm. I am grateful to UL and this project proves the fact that we have a university that recognizes its role in shaping our community. This will also be a better project because of Community Foundation of Acadiana and it shows why we should support such a wonderful asset,” Durel added.

A Design Review Committee, composed of representatives from Community Foundation, expert designers, the university and Lafayette Consolidated Government, expects to engage the community in a series of charrettes, or public meetings, to brainstorm and create the details of the property’s features that will be included in the project. The property will  retain many of its existing natural qualities, enhanced by features like walking trails, bike paths, and green space for relaxation. Special attention will be given to the privacy of residents of neighborhoods that border the Horse Farm property.