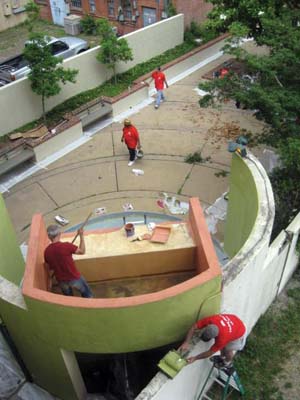 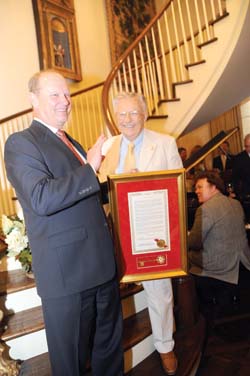 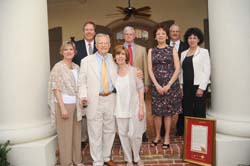 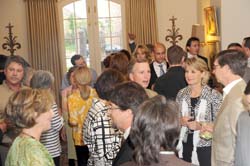 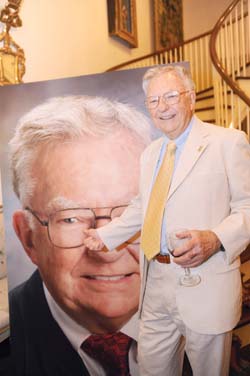 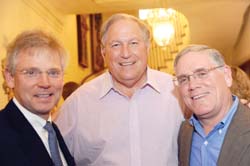 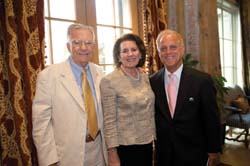 Realtors work up a sweat for community project

If you headed to downtown Lafayette May 15 for Downtown Alive!, you probably noticed a spiffy new Parc du Lafayette connecting Jefferson Street with the public parking tower. About 30 independent real estate agents who do business through Keller Williams took time off the day before to sweat it out for the community. The company’s 80,000 agents in the U.S. and Canada designated May 14 as RED (Renew, Energize, Donate) Day, set aside to take on a community project.

“We give where we live,” said Joey Babineaux, Keller Williams broker for Acadiana. “We chose the park because it needed painting, so we’re tackling this today, and we’re going to finish it today.”

“It’s amazing what we’ve gotten done already, and the day’s not even half done,” observed a glistening Denise Carlson, paint brush in hand. Babineaux said when the local agents were looking for a project to take on, they approached Downtown Lafayette Unlimited, which pointed them to the park. Landscape architects chose the colors and will also be adding new greenery to the space.

Unfortunately, mid-morning rain showers slowed Thursday’s progress, and the group shut down the project around 12:30 p.m. They returned Friday morning to finish.

“We make a great living here in Lafayette and Acadiana,” said Babineaux, “and people who live and love in Lafayette want to give back.”

Education advocates and friends and colleagues of Lafayette oil man Paul Hilliard gathered for a fundraiser at the River Ranch home of Gus and Sheila Zepernick in early May. The event raised money for the Horatio Alger Scholarship Program and was a fitting local tribute to Hilliard, a 2009 Horatio Alger Award recipient who was recently honored (along with the likes of Academy Award-winning actor Denzel Washington) in Washington, D.C., for his devotion to and investment in education initiatives. The event organizers say the quick-witted Hilliard went off script (no surprise to anyone here who knows him) to steal the show.

Each April, the Horatio Alger Association of Distinguished Americans holds the Horatio Alger Awards concurrently with the National Scholars Conference. Members, new national scholars and friends of the association come together to recognize individuals who have achieved despite adversity, and to celebrate the power of education.

The association bears the name of the renowned author, whose tales of overcoming adversity through unyielding perseverance and basic moral principles captivated the public in the late 19th century. It is dedicated to the simple but powerful belief in hard work, honesty and determination. The association’s members mentor the scholars, underscoring the importance of service to others and working to provide them with the support, education and confidence they need to fulfill their own dreams.

This year a much-deserving Hilliard joins Global Industries founder Bill Doré, a former recipient of the award who is equally passionate about education, especially the challenges facing education in Louisiana. In fact, Doré established the Horatio Alger Louisiana Scholarship Program and since 2000 has personally contributed $4 million dollars in scholarships for students in the state of Louisiana. In 2001, Doré created — and remains the sole supporter of — the Louisiana Horatio Alger Scholarship Program, awarding fifty $10,000 scholarships annually. His state scholarship program complements an ongoing Horatio Alger national program that provides two scholarships for students of each state.

Hilliard, a Wisconsin native, joined the Marines during WWII, and served as a radioman-gunner in SBD “Dauntless” dive bombers in the Philippines. After the war, he finished his education at the University of Texas with a bachelor of law degree. He then made his way to the oil patch, settling in Lafayette as an