We've all gotten email forwards from friends: photos of cute cats, cute dogs, dogs and cats napping together, bad jokes, petitions, chain letters, warnings about new gun laws, and a wide variety of You Tube videos. Over the past few months Acadiana musicians have been feverish forwarding "shred videos" to one another. The makers of shred videos take the art of heckling to a new and absurd dimension by deleting the audio tracks from online videos of famous rock stars-KISS, Eric Clapton, Santana, Creed, and more-and then substitute their own intentionally amateurish and out-of-tune guitar wanking in its place. Many of the targets are '80s shred guitarists like Yngwie Malmsteen, Steve Vai, Joe Satriani, but even Spanish composer and guitarist Paco de Lucía is not safe from ridicule. After the bad guitar track is edited and synced to the original video, the comic result is then uploaded to You Tube, where the view counts for most of these videos fall comfortably in the 100,000 to 500,000 range. At once hilarious and childishly silly, Shred Videos have somehow managed to magically deconstruct the pomposity and over bloated self-importance of rock stars and level them with down to earth juvenile goofiness, which is kind of where it all started. Rock and roll, that is.

I caught up with one of the creators of a series of shred videos, Finnish media artist Santeri Ojala, and asked him a few question about his creative process when creating these videos. See some shreds below. 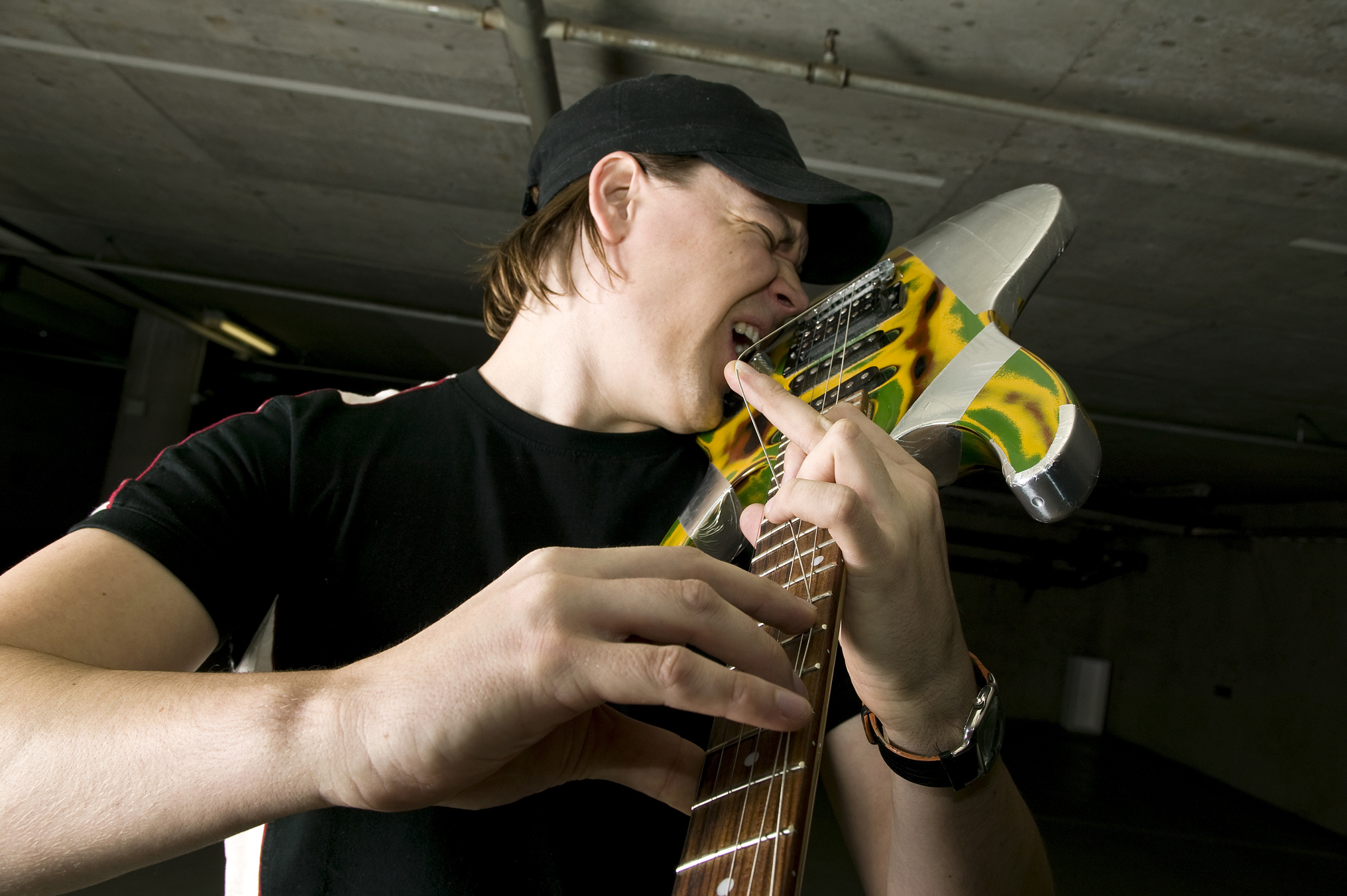 1. How long have you been playing guitar? Ever played in any bands?
Over 15 years, no bands

2. From the looks of the videos, you must be a fan of shred. How did you get into it and why?
I got into shredding in my teenager years. Nowadays I don't shred, I just shred the shredders...

3. What annoys you about shred and the players? Or just rock & roll in general?
Hmm, annoys... I think annoy is the wrong word. I don't get annoyed looking at some shredding; I just find the showing off hilarious.

4. You've managed to somehow deconstruct the bloated edifice of rock & roll and emasculate some seasoned players. Describe to me how you got the idea for creating these videos? What was the first "Shred Video?" And why?
The very first one to be shredded was Steve Vai, because let's face it, he is the master of show-off gestures on stage. The idea came to me just watching Steve Vai play with the sound turned down. Without the sound that performance really didn't seem to have any sense.

5. That KISS shred of "I Was Made for Loving You" is brilliant, obviously your masterpiece. KISS looks like a bunch of mental patients, blabbering nonsensical lyrics. Was that the intention? How hard was it to pull off musically?
Actually the Kiss video took me much more time than any of the previous videos. I re-made it so many times I lost count. It was the first one to include lyrics and that's a tough one for me. I'm not a singer. The most fun part was to make Kiss appear as insane as possible. I actually had to come up with characters such as "Hillbilly-Ace" and "Peter, The Clown Drummer." Instrumentally, the job was the most challenging and fun so far.

6. What computer program do you use to create The Shreds?
The previous ones were made with Adobe Audition, but since then I've gotten rid of all my PC junk and switched to Mac/Logic.

7 Any other creative adventures set for the future?
Sure, I've got loads of ideas and a couple of crazy clips coming up soon. Hopefully, that is.

9. Top 3 albums of all time.
Tough one. Very tough. The favorites change constantly. But I'll mention a couple that I've listened to for a long time.
1.Vangelis, "Direct"
2. David Sylvian, "Secrets of the Beehive"
3. Metallica, "Master of Puppets"

10. Ever received any legal problems or cease and desist letters from bloated rock star representatives?
Yes. I got banned from YouTube as a couple of artists couldn't take the joke and filed a complaint.