Supporters of a now-dead effort in the legislative session to enact reforms of Louisiana school boards are regrouping after a crushing check mate by the opposition, notably the Louisiana School Boards Association, which lobbied vigorously against any change to the status quo. Reformers ceded all hope this week with the defeat in the House of Representatives of House Bill 851, the last of four bills filed by Rep. Steve Carter, R-Baton Rouge. 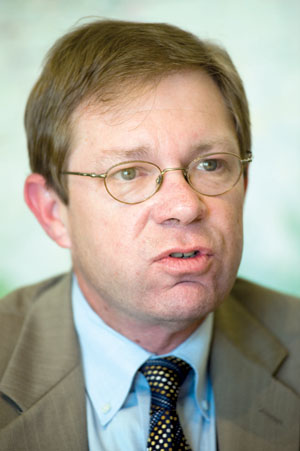 this session,” acknowledges Barry Erwin (right), president of the Council for a Better Louisiana, a good-government group that helped draft and lobby for the Carter legislation. “What’s most disappointing is that this was all about politics, not the merits of the bill. For whatever reason many House members chose to listen to their local school board members rather than a diverse group of citizens and business groups who are extremely concerned about the education of children.”

Indeed, as Louisiana political columnist John Maginnis observes in his most recent column, some lawmakers acknowledged a desire to dodge tension with their own local school boards, and support from the governor’s office was tepid at best:

The Jindal administration, CABL and [the Louisiana Association of Business and Industry] all worked the bill hard. Yet the governor’s staff put less pressure on members than they have on other measures. Some of the governor’s floorleaders told colleagues to feel free to vote with their local politics. A number of committee chairmen, including Appropriations Chairman Jim Fannin, D-Jonesboro, voted no. He said, “I don’t have a problem with my school board back home and I don’t want to create one.”

“It’s unfortunate that legislators failed to pass HB 851,” laments Public Affairs Research Council President Jim Brandt (left). “We think it would have been a good first step in the school board reform effort because it would have clearly delineated the lines of responsibility for local superintendents and for school board members.”

Supporters of HB 851 had their fingers crossed when the bill cleared a House committee last week with amendments that watered it down to what many thought was a digestible form. Gone were the requirement that a two-thirds super majority be required for a school board to hire or fire a superintendent. But the bill fell on a blade in the full House. It was rejected 51-46. HB 851’s kindred spirits — HB 371 (defining nepotism laws for school boards), 664 (imposing term limits), and 808 (placing a $200-per-month ceiling on school board pay) — never made it out of committee, and two were done in April.

Before 851’s inglorious death, CABL and LABI commissioned a Southern Media & Opinion Research poll that found solid support among state voters for school board reform. “It showed,” says Erwin, “that citizens really do believe their school boards are too bogged down in small details that distract them from improving student performance.” The issue also received widespread endorsements from chambers of commerce in virtually every metropolitan area in Louisiana, including the Greater Lafayette Chamber of Commerce, as well as many newspaper editorial boards. But reform was strongly opposed — scoffed at even — by individual members of school boards across the state who argue they’re being made scapegoats for Louisiana’s poor educational performance relative to the rest of the nation. Teachers unions were also suspicious of reform. 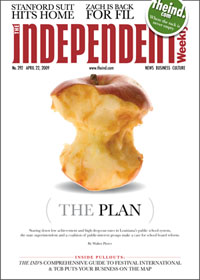 Some observers, Maginnis included, attribute at least part of the reform movement’s failure to a general dislike in the state’s public education community of state Superintendent Paul Pastorek, known to shoot from the hip when it comes to his support of reform and condemnation of school boards. For more on Pastorek, his push for reform, and the push back from the educational community, read The Independent Weekly’s April 22 cover story, “The Plan.”

Many of the proponents of school board reform acknowledged before the session began that there was virtually no hope of all four of Carter’s bills passing through the legislative gauntlet; one, perhaps two, reaching the governor’s desk would have been a major victory. But virtually all of the movement’s supporters saw this year’s push as an opportunity to establish a beachhead — to educate the public and to chip away at the LSBA’s formidable ramparts. That HB 851 managed 46 favorable votes in the House, and encouraged by the statewide poll, the movement’s leading lights have reason for optimism. “These issues are not going away,” says Erwin. “The public knows more about them than ever before, and we will be back next year to build on the foundation we laid this session. Real reform isn’t easy and takes time. This was real reform, and that’s why the defenders of the status quo came out in force against it. But we will continue fighting for this, and school board reform will become a reality in Louisiana.”