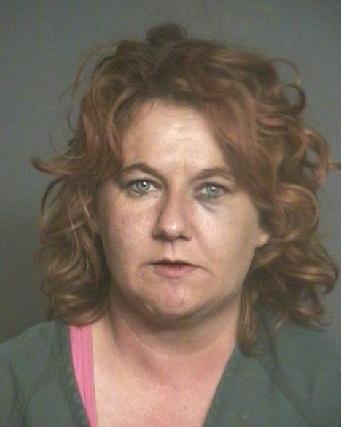 A Lafayette women who two years ago struck another car, killing a Port Barre mother on South Fieldspan road, has had her 30-year prison sentence vacated by the 3rd Circuit Court of Appeal. The three-judge panel concurred with 40-year-old Maryln LeBlanc’s appeal that the maximum sentence was too harsh, and remanded the case back to the 15th Judicial District in Lafayette for resentencing.

Blood tests showed — and LeBlanc acknowledged in her guilty plea — that she was impaired by pain killers and other drugs on April 21, 2007 when she lost control of her Jeep Grand Cherokee and collided with a Toyota Camry driven by Michael Hardy. Genevieve Hardy, Michael’s wife, was a backseat passenger in the car and was killed in the collision. The Hardy’s son and daughter were also passengers in the car, which was the lead vehicle in a three-car caravan headed to a family reunion. The three Hardy family members who survived the wreck were injured, and LeBlanc also pleaded guilty to vehicular negligent injuring. According to court documents, LeBlanc continued driving after the wreck and was apprehended by sheriff’s deputies a short time later. The court record also shows that LeBlanc had red eyes, slurred speech, and later tested positive for methadone, meprobamate, hydrocodone, cocaine, diazepam, and marijuana.

However, citing precedent cases in which defendants in similar scenarios are judged not to be “the worst of offenders,” and taking into account testimony by LeBlanc’s siblings that she had a drug addiction for which she had sought treatment, was in a bad marriage, and at the time of the collision was fleeing someone with whom she had been in a physical altercation, the 3rd Circuit judges ruled that the lower court’s maximum sentence was indeed excessive:

Therefore, we find that the trial court abused its discretion when it sentenced Defendant to the maximum without adequate consideration of the circumstances in the case. Defendant was a first-time felony offender. She admitted that she had taken various drugs on the day of the accident. She pled guilty, thereby taking some responsibility for her actions. Testimony established that she had taken steps to try and fight the addiction. While the trial court correctly determined that Defendant was in need of treatment and that the seriousness of the offense required incarceration, we find that the circumstances of her case indicate that a lesser sentence would have served the same purpose. Thus, we find that the maximum sentence of thirty years in this case is grossly disproportionate to the severity of the crime and is nothing more than a needless imposition of pain and suffering.

The lower court judge who imposed the original sentence, Durwood Conque, will still have discretion in imposing a lesser sentence. The sentencing range for vehicular homicide is five to 30 years. No re-sentencing date for Maryln LeBlanc has been set.