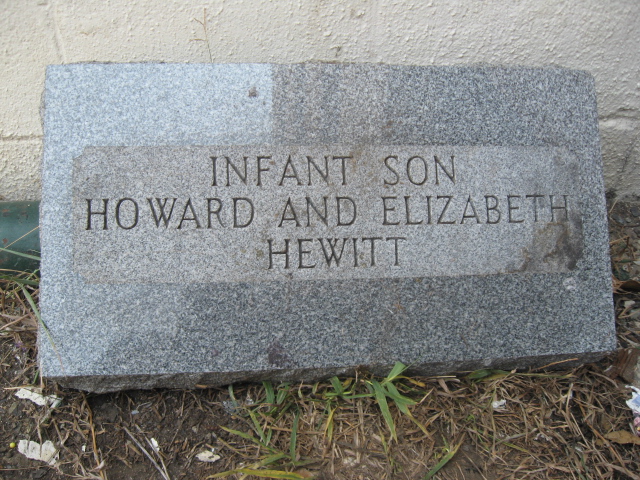 Lafayette Police are investigating the appearance of a grave marker in the small parking area behind The Independent Weekly and adjacent businesses on Jefferson Street downtown. Within the shadow of the Vermilion Street parking tower, resting on a metal pipe near a dumpster is a granite headstone bearing the engraving, “INFANT SON - HOWARD AND ELIZABETH HEWITT.”

A quick Google search shows that the marker comes from the Lafayette Protestant Cemetery, Part 5, located in the 400 block of Pinhook Road. How the heavy block of stone arrived at its present location remains a mystery. Records indicate three other Hewitts are buried in the cemetery, including a Howard P. Hewitt (1900-1982), and nearly 10 Hewitts show up in Lafayette on whitepages.com. But Howard and Elizabeth Hewitt are not listed.

Put on your deerstalker hats, INDsiders, and crack this caper.