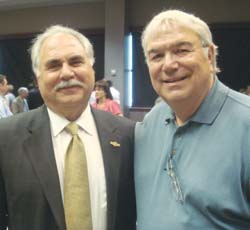 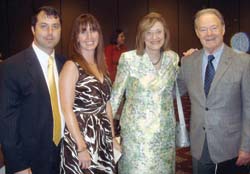 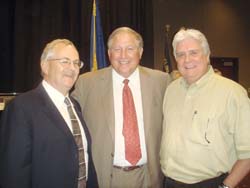 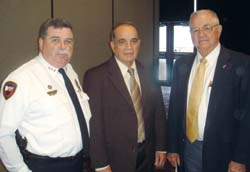 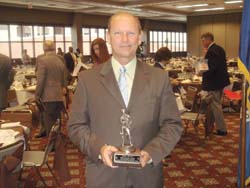 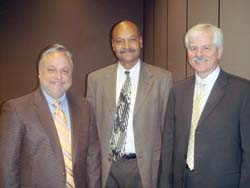 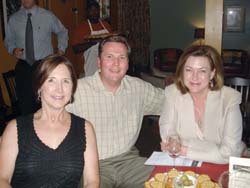 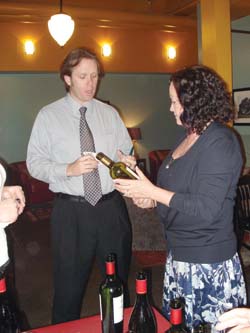 Cherry Fisher May and Tyron and Elizabeth Picard 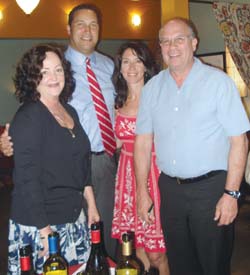 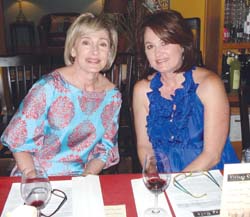 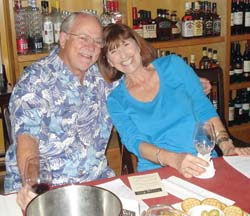 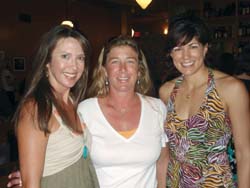 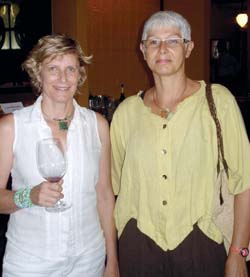 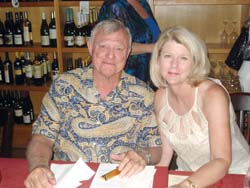 Robin May and Pascale Henry

A beautiful Friday afternoon and the Cajundome Convention Center Ballroom was the setting for the honoring of City-Parish President Joey Durel. Durel was chosen by the Evangeline Area Council Boy Scouts of America as the 2009 Distinguished Citizen, and he was presented an award at the annual celebratory luncheon. He is in good company, as former award winners include Dr. Ray Authement, former Gov. Kathleen Blanco and former U.S. Sen. John Breaux. Matt Stuller, the 1998 recipient, was the master of ceremonies. He came bearing gifts, one of which was a very special watch that didn’t have the time, but instead had the words “yes” or “no” for when Durel has to make those tough political decisions. Also giving Durel a good ribbing was tribute speakers (a nice way of saying roasters) Dee Stanley, Bill Fenstermaker, and Dr. Joe Savoie. After the award presentation, Durel exacted a hilarious verbal revenge on his attackers, to the delight of the crowd. He ended on a more serious note, saying thanks to his mother for encouraging him to be in the Boy Scouts as a youngster, and adding how important the Boy Scouts are in crafting young men into future upstanding citizens.

If you haven’t tried the Village Café’s duck crepes — rotisserie duck simmered in a rich tarragon veloute wrapped in delicate French crepes — you just do not know what you’re missing. Yet again, Chef Pat Mould has outdone himself creating a delectable menu for the restaurant’s new owners, among whom are Ind publishers Steve and Cherry Fisher May. I think his shrimp crepes florentine are equally delish, and the selection of salads is right up there with the best in town. I’ve also heard the daily lunch specials are going over well during River Ranch rush hour. The recently re-opened Village Café (on overhaul of the former Village Market located in River Ranch’s Town Square) hosted an early June wine tasting, hosted by Christopher Noyes of Winebow and attended by about 35 local wine enthusiasts. The café’s wine selection is superb; for now, wine tastings alternate with live music on Tuesday evenings.