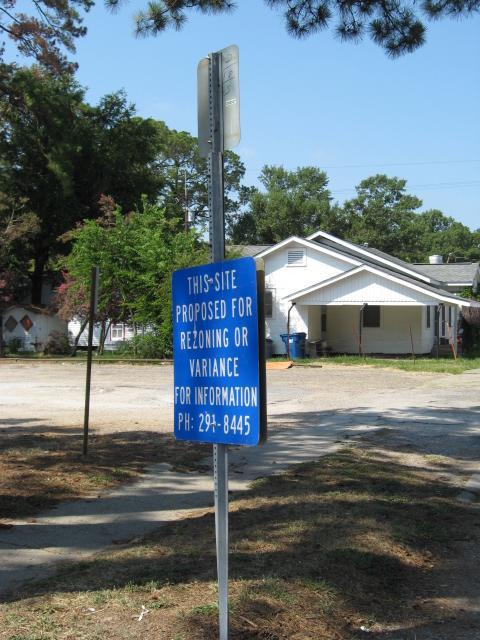 After hours of impassioned pleas against a rezoning ordinance and testimonials supporting the merchant requesting the rezoning, the Lafayette Consolidated Council voted 6-3 in favor of Olde Tyme Grocery owner Glenn Murphree in his bid to rezone a lot he owns on Brook Street adjacent to his St. Mary Boulevard business. Moments after the final yea was cast and the result clear, the more than two dozen Elmhurst Park residents who turned out to oppose the measure, most of them sporting “No Rezoning Elmhurst” stickers on their shirts and lapels, quietly and with muted, mumbling resignation filed out of the council chamber and back to their neighborhood just across St. Landry Street from City Hall.

It was an anticlimactic denouement to a three-hour-plus drama. The council chamber, imitating a proper wedding chapel, was divided into partisans: north of the center isle slouched Murphree beside his attorney, Kaliste Saloom III, along with roughly two dozen supporters; to the south, members of the “No Rezoning Elmhurst” clan, barely outnumbering their non-uniform opposition, daggers darting from their eyes.

Following the opening sundries and discussion items, the ordinance to rezone Murphree’s lot from single family residential to business transitional at last began: plea after reasoned, measured plea from Elmhurst’s professors, lawyers and other credentialed gentility versus commemorations of Murphree’s apple-pie humanity from the Olde Tyme peanut gallery.

For the last several years Murphree has been leasing space in the lot to UL students as well as having Olde Tyme employees park there, effectively using it as a commercial space that is zoned residential. In fact, a case is pending against the intrepid submarine captain in Lafayette City Court. But that case will by all accounts be dismissed now that he has the blessing of the council to use the lot for parking.

Saloom, deprecating and with a major Lafayette thoroughfare bearing his family name, 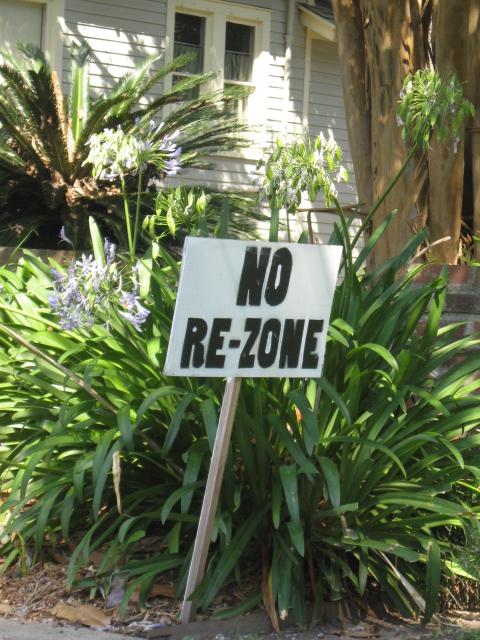 threw a wrench into the works when, his five-minute allotment addressing the council on his client’s behalf long expired, he offered an amendment to the ordinance stipulating that the brick house abutting Brook Street at the front of the lot remain residential for all perpetuity, the fate of the parking area behind it notwithstanding. Shock and "aw shucks" rippled across the chamber. The gambit was evidently sufficient to placate any council members teetering on the proverbial fence, and the proceedings took a turn in Murphree’s favor, as evidenced by the dark murmurs from the Elmhurst residents. Several of them immediately filled out blue cards to address the chamber regarding the amendment to an ordinance that was truly and simply a petition to overturn the recommendation of the Planning and Zoning Commision, which rejected Murphree’s original rezoning request six months ago. The preceding passage in this report was infinitely less arduous and Byzantine than Tuesday night’s proceedings.

To add an element of drama, earlier UL Lafayette, which also owns a parking lot adjacent to Murphree’s and had hoped for a compromise between neighborhood and merchant, withdrew as co-petitioner, leaving the po-boy purveyor to fend for himself. But, alas, the man of roast beef would prevail, his buns triumphant.