The congressional landscape in south Louisiana is fertile ground right now and all sorts of characters are coming out to graze. 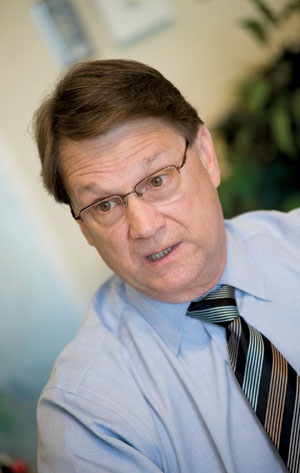 Will he stay or will he go? U.S. Rep. Charlie Melancon eyes a run against Vitter.

Whodathunkit? Brigadier Gen. Hunt Downer and Natural Resources Secretary Scott Angelle are being encouraged to launch separate bids next year for the 3rd Congressional District. In interviews last week, neither would reject the idea of a possible run, but both sounded pretty surprised to be thrown into the mix.

Why should you care about the 3rd Congressional District, which presently is anchored by Terrebonne and Lafourche parishes? After the 2010 U.S. Census, it could be your congressional district. Due to population changes, the 3CD is expected to either shift east into New Orleans, further west into Acadiana and/or a bit north, possibly into portions of Baton Rouge.   Of course, all of the political posturing involving folks like Downer and Angelle today is based on the assumption that current U.S. Rep. Charlie Melancon, D-Napoleonville, will vacate his seat next year to oppose junior Sen. David Vitter, R-Metairie. Melancon has not made it official yet, but suggested in a prepared statement two weeks ago that the gears are already turning. “I am discussing this opportunity with my wife and kids and will be making an announcement in the coming weeks,” he said.

The congressman publicly flirted with the race in 2008 before announcing earlier this year that he was leaning against the move. Since then, national Democrats have convinced him of what he already knew: that his once-promising career in the House may not be so promising after redistricting. Two other Democrats gunning for Vitter as well are Shaw CEO Jim Bernhard and adult film star Stormy Daniels, and both are well stacked — that is, with personal cash.

Last week, yet another name surfaced, one that caused headaches for Melancon’s people. State Rep. Karen Carter Peterson, D-New Orleans, is being urged to enter the fray, according to Crescent City operatives. While she wouldn’t comment on the race, many consider it unlikely since it would make the all-important New Orleans base a wash for Melancon.

Moreover, it would create yet another instance of infighting among the Bayou Donkeys, which have lost the party more than one congressional race in recent history. “Charlie wants to avoid that and he’s been seeking support from every major Democrat in the state,” says a well-placed source. “That’s something he’s been focused on. He’s even discussed the race with Rep. Peterson.”

Up the bayou in Acadiana, rumor has it that a group of oilmen put a sizeable pool of money together to coax — if not threaten — Melancon out of the 3rd Congressional District. As for where that money might land, the odds-on favorite is Angelle, although he says he hasn’t been approached in such a fashion.

Angelle, a Breaux Bridge Democrat, is the legislative liaison for Gov. Bobby Jindal, a Republican, but is better known as the current secretary of the state Department of Natural Resources and the former parish president of St. Martin Parish. Two years ago, his name was momentarily floated as a candidate for lieutenant governor, but he’s stayed on the bureaucratic side of the political fence since going to work for former Gov. Kathleen Blanco.

In a brief interview from the House floor last week, Angelle said he couldn’t comment on anything else but the regular session, which was scheduled to wrap up Thursday evening. “I’m not going to consider anything right now,” Angelle said. “I can’t take my eye off the ball for one second up here.”

Down the bayou, meanwhile, Downer, a Houma Republican and former speaker of the state House, said by phone that he found the situation “intriguing” and has been encouraged by people and businesses in the district to get back in the saddle. They believe Downer could be the candidate to protect the current district during the reapportionment process. To be certain, it’ll be a major issue during next year’s campaign.

In 2003, Downer ran unsuccessfully against Blanco and he went on to serve in her administration in various capacities, including as legislative liaison. “I’m flattered and it’s something that I may be considering later,” Downer said. “It’s still a year away.”

Earlier this year, businesses in the Gonzales area tried to recruit Ascension Parish Sheriff Jeff Wiley, a Democrat, to run against Melancon in the 3rd Congressional District, but at the time Wiley said it wasn’t in the cards due to the strength of the incumbent and he enjoys the gig he has. Among the only sure things right now is state Rep. Nickie Monica, R-LaPlace, who was being courted prior to the regular session by the National Republican Congressional Committee. In an interview last month, Monica said he was gearing up and getting ready to run.

Whoever does run in the 3rd Congressional District next year will find it to be a unique challenge. Not only will they have to campaign in three different media markets, they’ll also have to pay attention to the fringes, or rather where the district might end up.

Melancon would also be wise to keep a hand in the race. After all, just because he’s probably running for the U.S. Senate doesn’t mean the candidates in the 3rd still can’t run against him by offering change in philosophical leadership to the electorate. Plus, he might need a soft place to land if Vitter manages to shake off Hookergate and defy the critics.