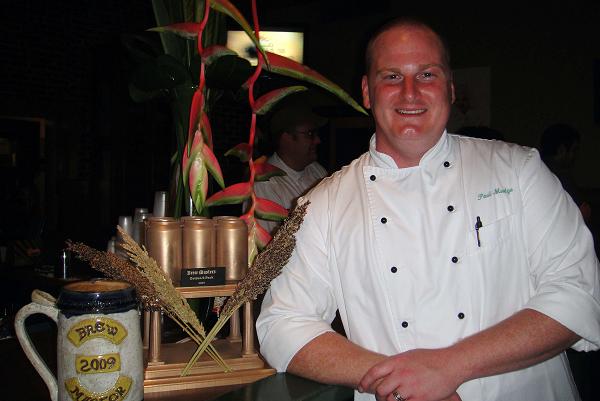 Chef Paul Mudge of Jolie’s Bistro took home the first-ever Golden Six Pack and Brew Cup awarded this week at Stan’s Downtown following the Brewmaster’s Dinner, an event honoring VIPs and sponsors who back the Acadiana Center for the Arts’s annual GulfBrew, a celebration of the music, food and spirits of the Gulf Coast, on tap for July 25 at Parc International. The dinner served as a competition between six of Acadiana’s best chefs, charged with created one course each in a six-course meal and paring it with a fine beer.

All the beers used in the competition will be featured at GulfBrew 2009. Taster tickets to the festival are $25; non-taster tickets are $15. Tickets can be obtained at gulfbrew.com or by calling the AcA at 233-7060.