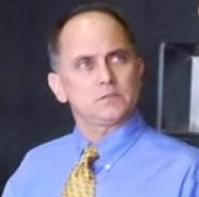 Duane Champagne, a former physical education teacher at Sts. Leo-Seton Catholic School, has two days to register as a sex offender with the St. Martin Parish Sheriff’s Office following his guilty plea Thursday to two counts of video voyeurism in state district court in Baton Rouge, according to The Advocate. The 44-year-old Breaux Bridge resident will be sentenced Sept. 15 and faces up to two years in prison and $2,000 fine. In the meantime, Champagne will be examined by a Baton Rouge physician to determine if he should be placed in a sex offender treatment program.

Champagne was arrested for snapping close-up photos of pre-pubescent girls in bathing suits two years ago at Blue Bayou Water Park in Baton Rouge. Police said the follow-up investigation revealed more than 1,000 similar images on Champagne’s home computer. Champagne admitted to digitally manipulating some of the photos for the purpose of sexual arousal. He was fired by the Lafayette Diocese within a week of his arrest and, according to The Advocate, is currently unemployed. Champagne also worked as a gym teacher in the Baton Rouge public school system.