Even though Houston artist John Palmer’s amazing artwork is shown everywhere from London to Paris to New York, whenever he has new pieces he shows them at Natalee in the Oil Center first. Recently he was back at Natalee to showcase his works, which included everything from paintings to decorated ottomans. The man has no limits to his wonderful creativity, having even illustrated a book by Natalee’s son, Chris Brown, called The Art of Meaningful Living, which comes out soon. If you had to miss the party, check out the Children’s Museum of Acadiana, where John’s collaboration with artist David Adickes to make 10 artistic representations of U.S. presidents can be seen through the first two weeks of August.

Looking for a great time to help out a great cause? Then slip on your favorite white threads and join Party Girl on Friday, Aug. 21, at City Club in River Ranch for the American Cancer Society’s White Linen Night Gala. Also sweetening the pot are silent and live auctions that include an extravagant piece of jewelry from Paul’s and a painting by Hope Hebert. Tickets can be picked up from the ACS and Moss Motors; for more information call 237-3797. 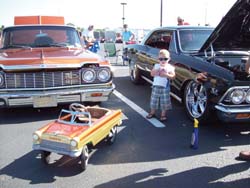 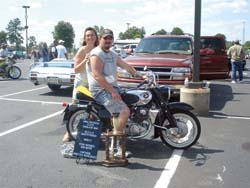 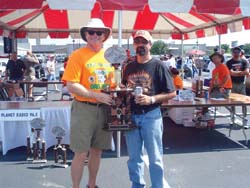 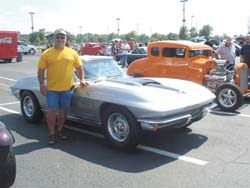 Patrick Richard and his 1964 Silver Corvette 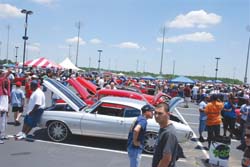 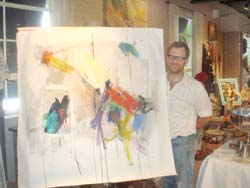 It was a great turnout on a hot summer day! 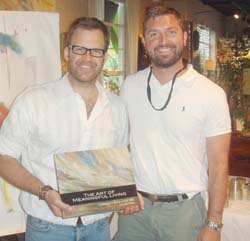 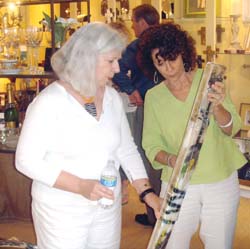 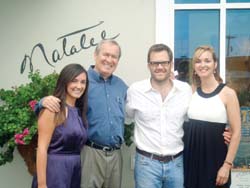 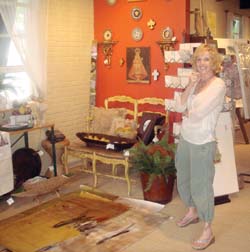 Connie Smith looks at some of the pre-stretched art 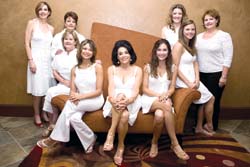 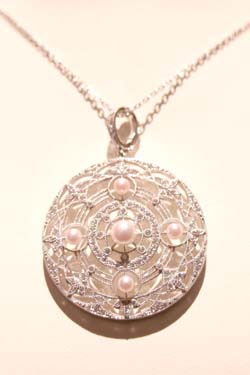 Nothing revs up Party Girl’s engine like hot cars and cool motorcycles! I got my fill at the annual Planet Radio 96.5 “It’s Not Your Daddy’s Car and Motorcycle Show” at Evangeline Downs Racetrack and Casino in Opelousas on a recent Saturday afternoon. There were over 200 cars and motorcycles (both classic and custom) on display at the event for me to drool over, along with the other 8,000 spectators who came out to do the same. There were so many gorgeous cars to choose from, but somehow the judges picked the cream of the crop. Best of Show Auto went to the 1964 Gold/Bronze Chevy Impala owned by Luke and Donna Bourque. Best Motorcycle went to a 1964 Honda CA77 Dream 300 owned by Bryan Soileau, while the Motorcycle custom award went to a 2009 Harley Davidson “Street Glide” FLHX owned by Burke Alleman. Sad to say I didn’t get to go home in (or on) one of these bad boys at the day’s end!