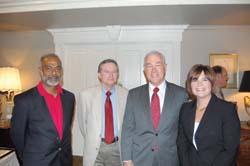 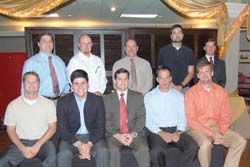 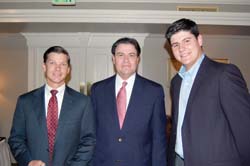 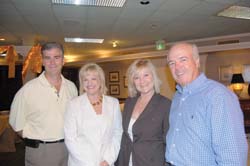 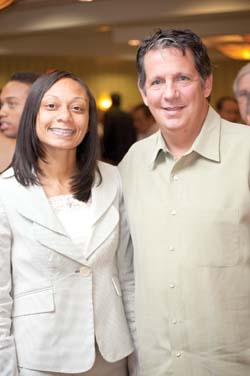 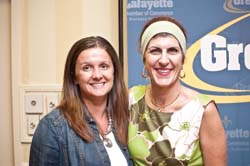 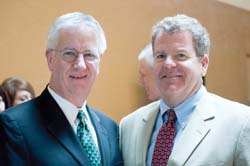 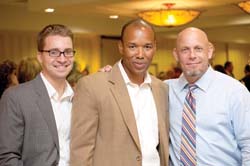 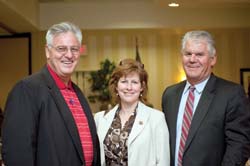 In presenting the inaugural class of the newly formed Moody Executive Institute, Dr. Joby John, dean of the B.I. Moody III College of Business Administration at UL Lafayette, announced plans for the development of an executive MBA program within the college. Two parallel but separate Moody Institute programs, Executive Leadership Development and Next Generation Development were conducted in the last five months and were facilitated by The Training Source, a Lafayette-based firm that specializes in executive leadership. The Training Source partnered with UL Lafayette to create the program.

Participants were nominated by the chief executive officers of their respective organizations and shared the results of their experience at a mid-July breakfast in their honor.

Mark Herpin, senior vice president and financial planning manager at IberiaBank, nominated by Lafayette President Pete Yuan, told the group gathered at a la carte Restaurant of his participation in the Executive Leadership Development class. “I believed I was a good manager,” said Herpin, “but this program has helped me expand my role as a leader,” adding amid some laughter, “and the bonus is that it has had a positive effect at home with my children as well.”

Dwight Andrus IV of Andrus Insurance, nominated for the Next Generation Development class by his father, Dwight Andrus III, also spoke during the ceremonies, noting the importance of leadership development within a family-owned business. “Earning the trust and respect of my co-workers is crucial to my growth within our organization. There are bigger issues at stake than simply selling insurance,” the younger Andrus explained.

“Upon my arrival in this community I recognized the need and the desire for executive leadership programs much like those offered by Harvard and Wharton schools of business,” UL’s John told the group. “The Moody Executive Institute was created for that purpose, and our long range goal is the creation of a weekend-based Executive MBA program as an alternative to travel for classes at an out of town school.”

In his familiar rapid-fire speaking style, Gov. Bobby Jindal ticked off a list of his economic development success stories in a late July luncheon presentation to members of the Greater Lafayette Chamber of Commerce. He extolled the teamwork of the Acadiana legislative delegation in his remarks to the sell-out crowd at the Holiday Inn-Lafayette and asked the solons to join him as he presented a giant check for more than $5 million for hurricane protection and recovery in the region. Citing advances in classroom discipline, road construction funding and ethics reform, the governor got down to business and focused on job creation for the bulk of his 40-minute address. The governor’s numbers are impressive — 32,000 new jobs and $4.3 million in capital investment since he took office 18 months ago — enough, he says, for Louisiana’s economy to be one of the best performers in the country.