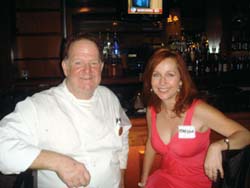 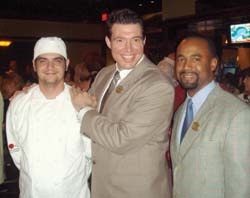 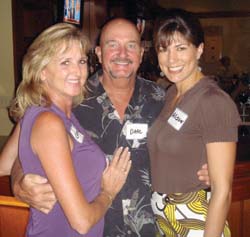 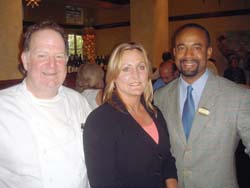 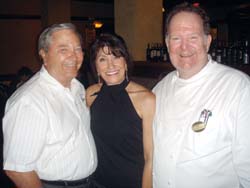 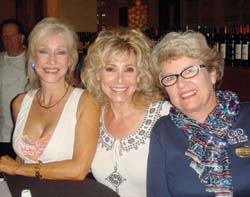 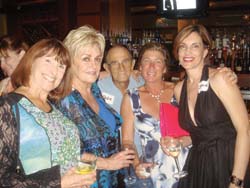 It was a packed house Thursday, Aug. 13 at the opening of the City Club Bar and Grill in River Ranch located in, you guessed it, City Club. People were wall to wall as waiters passed around samplings of goodies like duck and andouille gumbo, mini pecan pies, and even hamburgers. If that didn’t fill you up enough, there was a massive buffet that included scrumptious chipotle cane syrup ribs, filet mignon and shrimp macque choux. Wine bottles were being popped by the dozens and guests sampled that as well. Executive Chef Pat Mould beamed, as compliments about the food were endless. Party Girl was just happy that the workout room was nearby so I wouldn’t have to feel too guilty about overindulging, but it was definitely worth every single calorie!