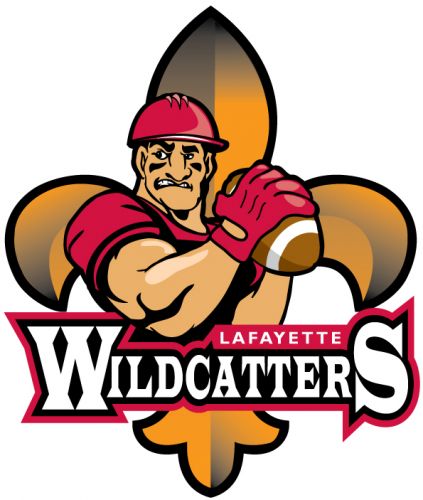 The Acadiana Mudbugs are now the Lafayette Wildcatters. Fresh off the inaugural season of the Southern Indoor Football League, team ownership decided to tie the team’s identity to the oil industry in part to snag some sponsorship in the energy biz. The move is so far working: Dynamic Industries, C & G Boats and Linear Control have signed on for next season. “The new name will represent Lafayette very well since a large portion of their population works in the oil and gas industries,” says team President Thom Hager. The club also changed its colors to red, gold and black to be more closely associated with UL Lafayette. The Wildcatters play in Blackham Coliseum, which is owned by UL, and many players on the 2009 roster were former Ragin’ Cajuns.

Management also announced that last year’s head coach, former New Orleans Saints quarterback John Fourcade, will stay on as 2010 head coach and general manager. Last season’s Mudbugs finished the 2009 campaign in third place in the SIFL with a 6-6 record, fading down the stretch and losing in the first round of the playoffs. Fourcade says he’s looking for big things next year. “I cannot wait to start the season and to bring a championship to Lafayette,” he says. “The new ownership is dedicated and wants to bring a winning team to this town. I’m looking forward to getting involved with local high schools, elementary schools and charitable groups throughout Lafayette and Acadiana. We are not just an indoor football team; we are Lafayette’s indoor football team.” The 2010 season kicks off April 18.

For more on the Lafayette Wildcatters and the Southern Indoor Football League, visit the Wildcatters’ Web site.