KXKC 99.1 FM's Scott Daniels, who ruled the airwaves in the mornings when he sat next to Renee Rivet before her relocation to Houston in May 2006, was let go from the station. Daniels, a 17-year KXKC veteran, had been handling the morning show duties solo in the last couple of months, says Chuck Wood, who recently was named general manager at the radio station group, which includes KSMB 94.5 FM and is now owned by Citadel Broadcasting. Wood worked for the group before Citadel purchased it more than a decade ago.

“I’m only going to say Scott Daniels has been replaced with a new morning show,” Wood says. 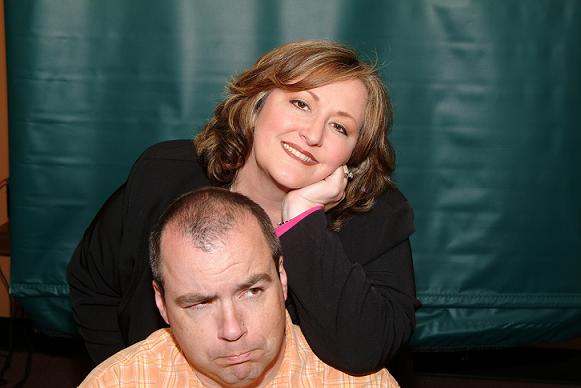 Although the morning show lost some of its audience when Rivet left, reducing "The Breakfast Flakes" to a single flake, Wood says the show experienced an uptick in the last ratings books and maintains KXKC was “doing fine” in the ratings. “It wasn’t doing what I wanted it to do,” he acknowledges. “Management decided to make a change in the direction of the radio station.”

On the air this morning was the new team of Ray Robicheaux and Jeni Lane. Robicheaux, who has been with the station for five years, is also the new program director.

Photo: "The Breakfast Flakes" in their heyday.