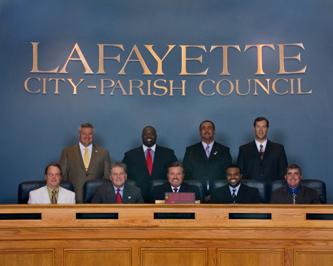 After three weeks of budget briefings, numerous amendments attached to the proposed budget and quibbling over minutiae, the Lafayette Consolidated Council gets to hear from the public Thursday evening. Beginning at 5:30 p.m. in LCG's Ted Ardoin Auditorium, the council will host a public hearing for community input — an opportunity for Lafayette residents to put in their two cents on anything from public funding for the arts to LUS’ fiber to the home project to the comprehensive plan for Lafayette Parish's growth.

Council briefings on City-Parish President Joey Durel’s 2009-2010 proposed budget began Aug. 5 and have picked through every aspect of the budget, often with a fine-toothed comb. Council members amended the budget frequently throughout the process, eliciting veto threats from Durel and almost guaranteeing a showdown after final adoption, which is planned for Sept. 29. In the meantime, the council will hold at least one wrap-up meeting at 4 p.m. Tuesday; a second will be held Wednesday if necessary.