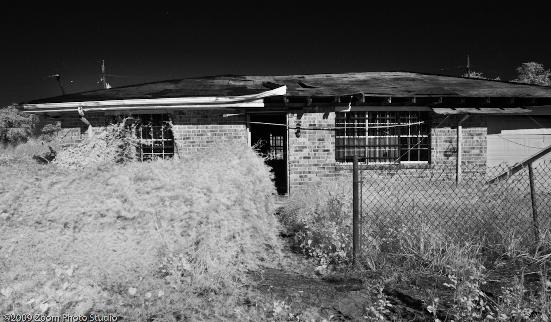 Four years after the levees failed following Hurricane Katrina and much of New Orleans was inundated, the Lower 9th Ward remains a desolate, overgrown district that shows few signs of recovery. Lafayette photographer Travis Gauthier was in the stricken earlier this week and has posted a series of haunting infrared images of the Lower 9th titled "Ghosts."

Gauthier describes the area as a "ghost town" in which there is one occupied house every three or four blocks, and entire city blocks are void of any homes. The photographer says his journey to the Lower 9th was part of a commercial shoot for a bank that offers grants for low-income housing.