PASA Celebrates its 20th year with an invigorating new season 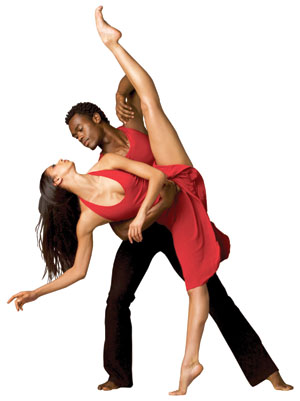 This season’s 2009-10 entertainment schedule includes everything from dance to the classic drama of To Kill a Mockingbird to The Spaghetti Western Orchestra, which creates the uniquely atmospheric music from movies like The Good, The Bad, & The Ugly.

“This is our 20th year of bringing quality performances that add to the cultural diversity and growth of Acadiana,” says PASA Community Relations Director Apiyo Obala. “And we want everyone to know that with the performing arts and the programming we provide at PASA, there’s literally something for everyone throughout the season.”

True that. The series opens Sept. 20 with Evidence Dance Company, one of the nation’s most fantastically stupendous and pleasurably momentous ensembles. The Montana Repertory Theater Company soon follows in October in a dramatic and gloriously entertaining return to the Heymann Center with its production of Harper Lee’s Pulitzer Prize-winning novel To Kill a Mockingbird. In January, the series blasts into 2010 like a space age space ship with a recital by classical pianist Ji-Yong. By March the series delves into the world of opera with the Gershwin masterpiece Porgy and Bess, after which the season wraps with the tumbleweed-noir of the Spaghetti Western Orchestra.

The deadline for buying season tickets is Sept. 20, so get yours now before they are all gone in the wind like the sad dusts of time. Tickets can be bought through the PASA office in downtown Lafayette or by phone. In addition, don’t forget to attend PASA’s Golden Gala Wine Auction and fundraiser on Nov. 6 and show your support.

March 7, 2010
Porgy and Bess
The international tour of the Gershwin’s classic tale of love, loss and triumph over despair comes to the Heymann Center. Set in the rural south of the 1930s, jazz phrasings and rare musical brilliance find a home in this breath-taking masterpiece that entwines pride, prejudice and passion.