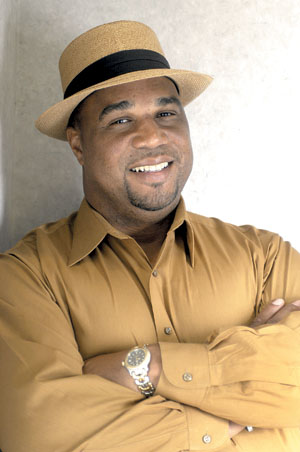 When Leslie Tobias bought Parkdale Apartments of Lafayette in 2004, it represented the first time the California-based investor had ventured out of state on a real estate deal. She now insists it will also be the last. “We’ll never do it again,” she says. “And I’ll tell everybody in the world not to invest in Louisiana, especially Lafayette.”

According to Tobias, her problems began when she received a letter from Lafayette Consolidated Government’s Criminal Justice Support Services Administrator Marcus Bruno informing her that her property was in violation of the city’s nuisance ordinance.

Bruno’s department, in coordination with the Lafayette Police Department, had targeted the 9th Street apartment complex, and its large parking lot, as being a hotbed for drugs and other illegal activity. Tobias says she spent upwards of $30,000 improving the property and initially wanted to work with city officials in their efforts to clean up the neighborhood. But Tobias was dumbfounded when the city then dragged her to court, accusing her of being complicit with criminal activity. She says the incidents in question often didn’t even involve any of her tenants.

“[Marcus Bruno] had too much power if you ask me,” Tobias says. “I don’t know of anyone with that job in any other city.” Bruno, whose department coordinates and expedites services from a variety of departments, including police, fire, criminal justice and environmental services, has been in a unique position. But as of this week, Bruno’s department may be no more. The Durel administration, with approval from the civil service board, has recommended eliminating the Criminal Justice Support Services department. The proposal was scheduled to be voted on at the Tuesday, Sept. 15, council meeting, after this story went to press.

While Durel says he is aware of complaints like Tobias’ against Bruno’s department, this move is strictly about streamlining government and removing positions that duplicate services from other departments. “We’ve done this with about a dozen positions that were inherited by the previous administration,” Durel says. “This all revolves around the fact that these were jobs that did not exist prior to 2001, and this was a position that is simply managing people from other departments. Everything we’ve done here is basically eliminated an administrative position and sent everybody back to where they originally came from.”

Despite the official line, sources close to the administration who wish to remain anonymous say Durel was spurred into action by allegations that Bruno engaged in selective, and sometimes reckless, enforcement.

For his part, Bruno defends his actions, noting that he does not make laws, but is charged with seeing they’re followed. Bruno’s department was set up to work directly with community members in trying to clean up blighted areas. Bruno heads weekly meetings with the Neighborhood Action Team — composed of concerned residents and other officials — which solicits information from community members about problem areas for police and other officials to address. Bruno also fields daily calls from concerned citizens, who use his office to anonymously report criminal activity in their neighborhood.

Bruno says the Tobias case was a typical example of him following up on complaints of drug activity from residents in the neighborhood.

“Those people in that neighborhood called, and that place was a problem,” he says. “Now they did what they had to do, and I’m sorry if it offended them because that was something new and they weren’t used to us. Maybe if somebody would warn people ahead of time, when you buy property in distressed areas, you must be held accountable for it. And then if you don’t [address the situation], well here’s some of the circumstances that can happen.”

Bruno has been granted broad authority by the city to combat blighted areas. The city nuisance ordinance, passed in 2007, directs Bruno to investigate properties where there is evidence property owners have “engaged in the maintenance of a nuisance.” Bruno can direct law enforcement to issue misdemeanor citations. The ordinance also states: “It shall not be considered a defense that the Director [Bruno] did not conduct an investigation or that it was conducted inappropriately or inadequately.”

The law further allows for Bruno to initiate injunctions or abatement proceedings that can result in fines up to $10,000 or the closing of a premises for up to one year in properties with three or more nuisance violations. Nuisance violations can include weapon and drug-related criminal activity, prostitution and violations of the city’s zoning, environmental, fire and housing codes.

In the case of Parkdale Apartments and Tobias, Bruno initiated abatement proceedings in district court. Following these proceedings, in which Tobias was court-ordered to install security cameras at the complex (which she did), she sold the property to Dr. Stephen Ayers of Lake Charles at a price she claims amounted to about a $300,000 loss on her investment.

Another vocal opponent of Bruno’s operation has been Michael Cross, who owns Parkside Apartments on Simcoe Street. “I’ve gotten basically no help from the city police department or Marcus Bruno,” Cross says. “All I’ve gotten is harassed by them.”

Under pressure from Bruno, Cross says he spent in the neighborhood of $50,000 on fencing, off-duty security and lighting. He also says Bruno directed him to former Lafayette Police Sgt. Mark Francis, the department’s former public information officer, to provide off-duty security — a charge Bruno denies.

An abatement case against Cross was tossed out of both city and district court. In the city court hearing, Bruno faced tough questioning from attorney Barry Sallinger — questioning that revealed a surprising lack of record keeping by Bruno’s office. At one point, Bruno told the court, “I don’t keep any records in my office.” Bruno says he often refers to reports from city police or other departments for official records.

Following the criminal case, which was dismissed by City Prosecutor Gary Haynes last week due to lack of evidence, Sallinger noted: “Being a criminal defense attorney for 29 years, it’s not often you can say that you’re disappointed in a dismissal, but in this case I was. I would have much preferred an acquittal. I think there are many things that would have come out that would have showed that there was an effort to deprive Mr. Cross of his property.”

Despite these incidents, Bruno has his defenders. District 4 Councilman Kenneth Boudreaux argues that Bruno was able to cut through the bureaucracy of city government.

“We may not see the public outcry that should take place here,” he says. “But I know of numerous cases in District 4, where I’ve had personal knowledge and experience with, where we have gone in and we have done some things and we’ve accomplished a lot.”

“For every one person that may say [Bruno] overstepped his authority,” Boudreaux continues, “I guarantee you there’s five or six residents who live around that house that say he didn’t do enough. It depends on who’s affected by it.”

Boudreaux believes eliminating a position specifically designed to engage the community in assisting troubled areas is a mistake — and the councilman sees no duplication of services. If indeed the complaints prompted the decision to eliminate Bruno’s job, the councilman says the situation should have been handled differently.

“If Marcus Bruno or the criminal justice support services administrator is operating outside of the law, well then I’m sure there are some consequences that can come from that,” Boudreaux says. “If that’s where some of this comes from, I think that you bring a person in, you talk to them, you get the facts, you find out what’s what and you deal with it, but you don’t blanket it by saying you know what, we’re just going to get rid of this program altogether.”

(Editor's Note: Both The Daily Advertiser and The Advocate report today that by a 5-4 margin, the Lafayette Consolidated Council voted to eliminate the Criminal Justice Support Services department and the positions held by Marcus Bruno and two staff members.)