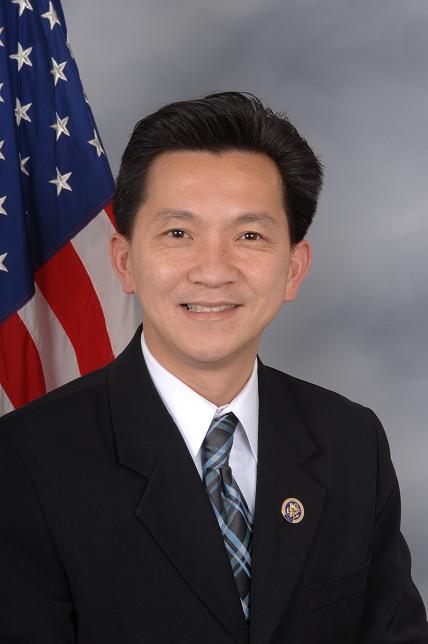 Ciao for Cao? U.S. Rep. Joseph Cao, the New Orleans congressman and first Vietnamese-American to serve in Congress, is increasingly looking like a one-termer, according to an article published Wednesday on the new-politics-culture Web site The Daily Beast.

“Despite their early enthusiasm, Republican leaders seem to have largely forgotten about Cao as the party has taken a sharp turn to the right,” writes TDB’s Benjamin Sarlin. Cao beat embattled and likely prison-bound Congressman William Jefferson for the 2nd District seat last December in one of last year's biggest political upsets; Jefferson had held the seat for almost two decades. The district comprises much of metro New Orleans, which, while still majority African-American, has become vulnerable to the GOP due to out-migration of black residents following Hurricane Katrina.

When Cao took office he was hailed by the national Republican party as the new face of the GOP, but his frequent votes in favor of Obama administration initiatives (He is still undecided but says he is leaning toward supporting the administration’s health care reform plans.) have made him, in the eyes of many, the most vulnerable incumbent on either side of the aisle — marginalized by his own party and facing re-election in a district that remains heavily Democrat. According to TDB’s Sarlin:
GOP leaders have exerted pressure on him to toe the party line, but ultimately they understand his unique situation, Cao said. Party independence is the key to the Cao “brand”—an asset he hopes will propel him to another surprise victory next November. He believes his “chances are very good,” despite being panned by political analysts. But the competition is already lining up: State Democratic Reps. Cedric Richmond and Juan LaFonta have announced plans to seek the seat.

“I believe that the people of the district see me as a strong leader, a leader that they can trust,” Cao told The Daily Beast. “I believe that people are coming around from seeing me as simply just another Republican.”