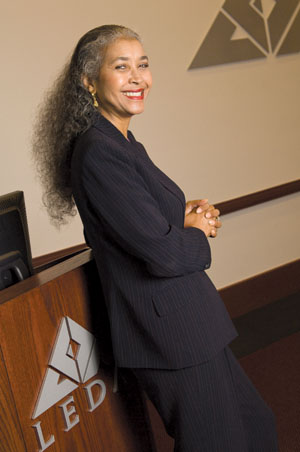 At its Tuesday meeting, the Lafayette Parish Democratic Executive Committee elected Susannah Malbreaux to the position of chairman. Malbreaux will fill out the remaining 2 1/2 years of a term begun in 2007 by former chairman John Bernhardt. Bernhardt, who remains on the committee, announced in July he would step down as chairman due to several out of town work commitments.

Malbreaux, the committee's former vice chair, was elected unanimously and becomes the parish party's first African-American chairman. Malbreaux runs the modeling agency Elite Model and Photography. She also is one of The Independent Weekly's 2009 Women Who Mean Business honorees. As chair, Malbreaux says she hopes to open up the lines of communication within the party and get more people involved. "The success of the organization relies heavily on the input of everybody,"  she says. "I think a lot of people really want to be involved and people have a lot of ideas and experience. We need to take advantage of that."

At the Tuesday meeting, the parish Democratic Executive Committee also elected Lester Gauthier the serve as its vice chair and Mike Stagg as secretary.