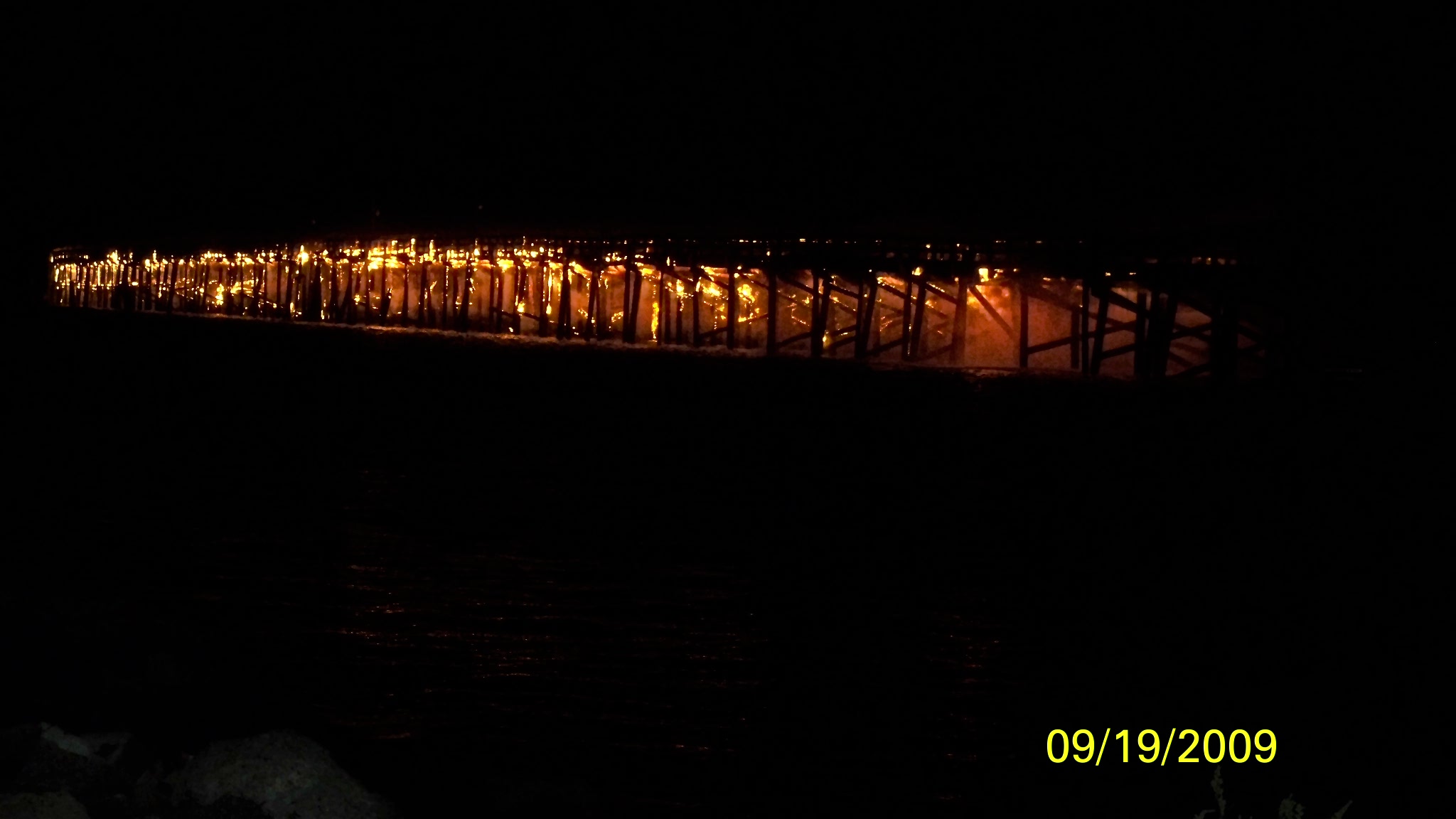 The venerable fishing bridge at Grand Isle is now a shell of its old self, following a fire that lasted more than six hours and lit up the old road crossing the Caminada Pass. The fire began around midnight Friday and was expected to continue smoldering through this morning. Grand Isle Fire Chief Aubrey Chaisson was greatly impressed with the strength of the fire. He told The Houma Courier: "It was like a beast, a dragon," adding that “normal firefighting methods did no 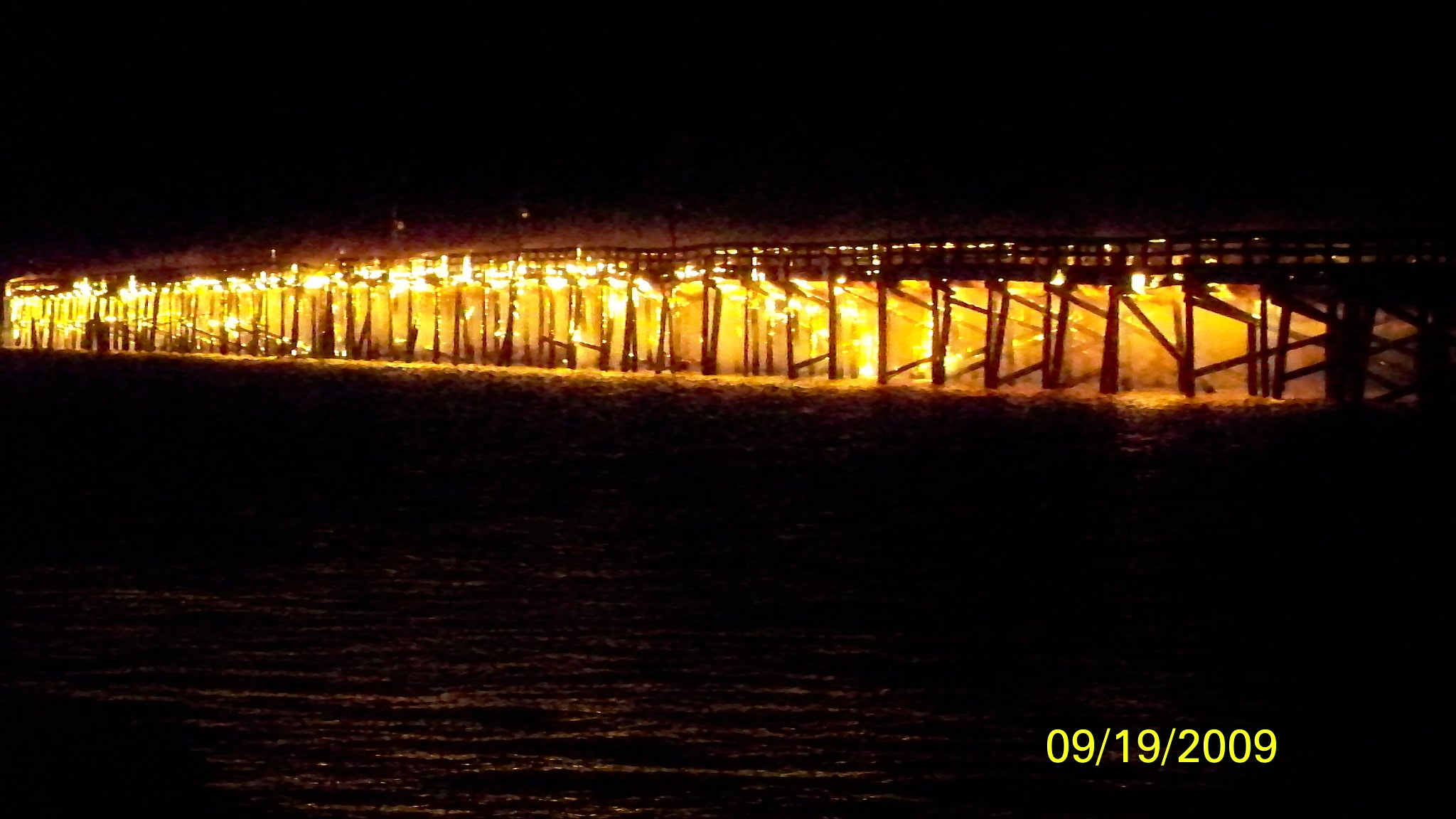 t work. It was very unorthodox.”

The flames were likely fed by the bridge's creosote coating. What sparked the ravenous fire is still unknown, but The Courier also notes that "witnesses reported seeing a bonfire on the bridge with people sitting around it before the blaze began."

The bridge dates back to the 1930s, when it was the only road to Grand Isle. In recent decades, it has been used as a public fishing pier. Hurricane Katrina nearly destroyed it in 2005, but it was rebuilt with an $800,000 grant from FEMA. 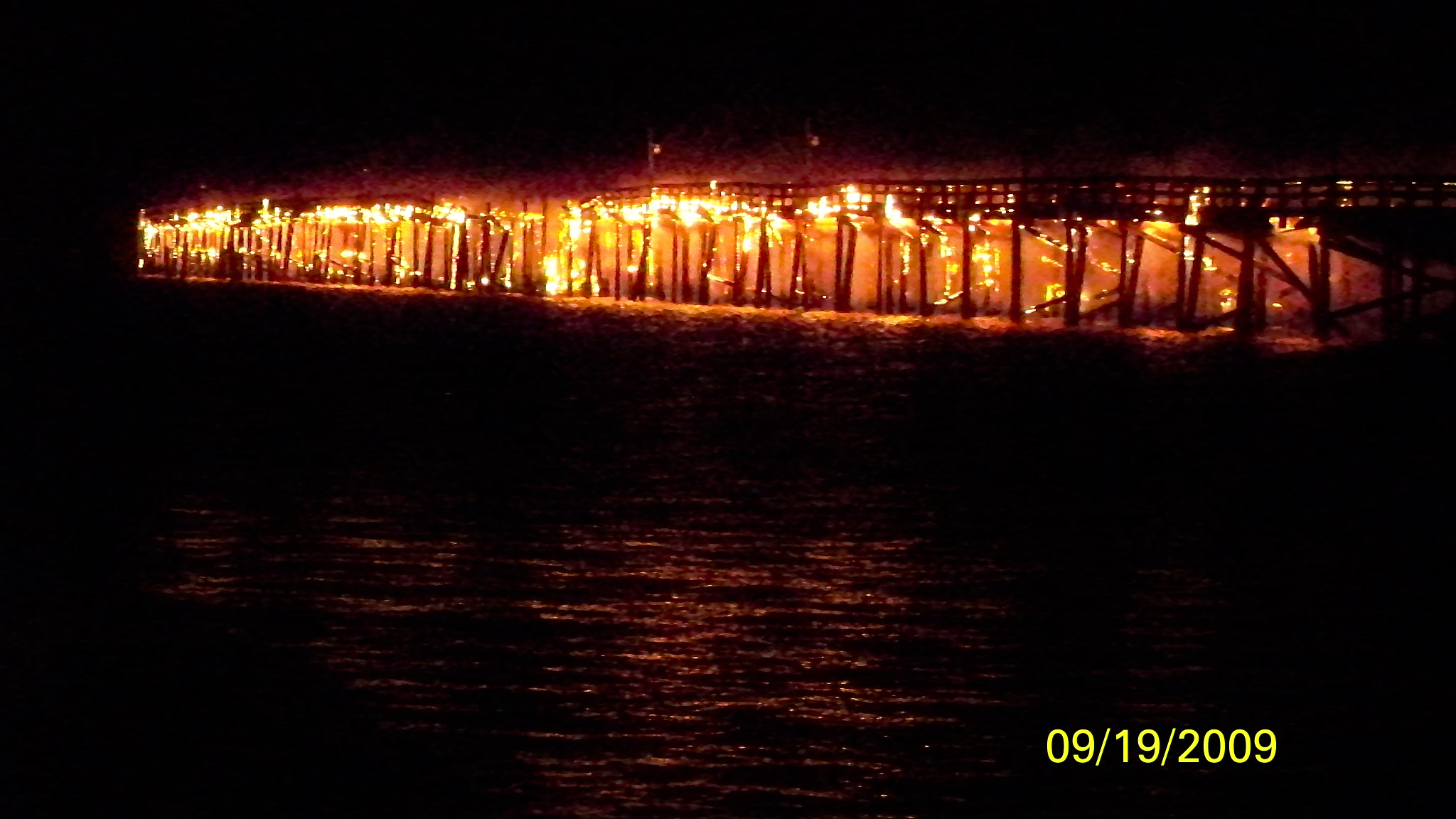