The Independent Weekly staff can wield a bat as well as a pen, as we showed off our athletic prowess at Comeaux field against The Krewe of Doom on a recent Friday evening. Branding ourselves the “Independent Weeklings,” we managed to overtake our worthy adversaries with a narrow win at 7-6. Of course, it would have been 7-4 if our first baseman, staff writer Nathan Stubbs, hadn’t thought that it was three outs (when it was really two, OK so we were playing extra innings to let ’em catch up, but still) as he held the ball in one hand and his drink in the other and bantered with the first base coach while two Krewe of Doomers crossed home plate. However, it should be noted that he never spilled a drop of his beverage in the process, so kudos Mr. Stubbs! He knows what’s important. The Krewe of Doom may have left with bruised egos, but Party Girl left with a bruised and banged up knee that stopped throbbing after a few celebratory beers…and shots. The Krewe of Doom has since vowed revenge on the Weeklings. Bring it on Doom! (And if anyone else dares to challenge us, contact our fearless leader, coach/manager Walter Pierce, at [email protected] ). 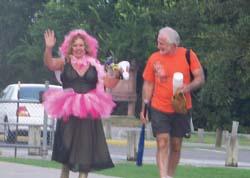 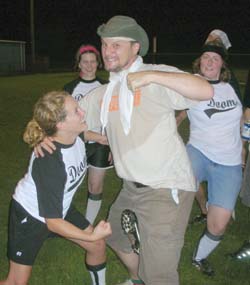 Walter Pierce getting rough housed by the opponents 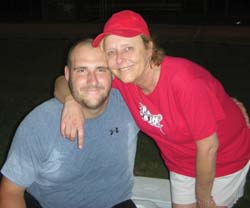 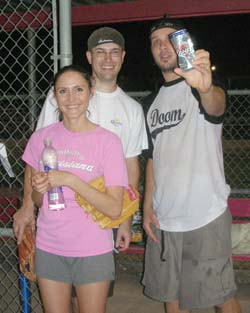 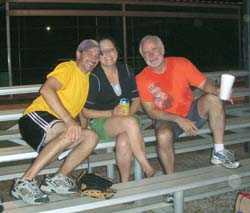 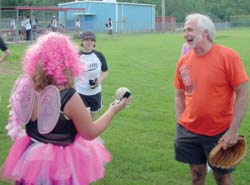 Our vivacious cheerleaders kept everyone in high spirits! 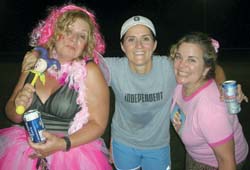 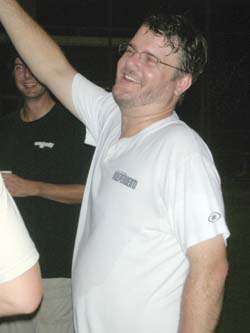 Nathan Stubbs in all his grandeur 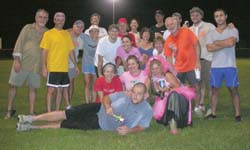 The glory that is the "Independent Weeklings!"