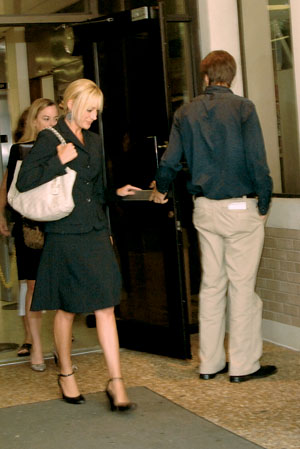 Noting that Independent Weekly Editorial Director Leslie Turk “reasonably relied on a confidential informant whom she believed to be telling the truth and confirmed the accuracy of the source’s statement by making a second call to [the confidential source],” District Judge Thomas Duplantier dismissed former Stanford Group Company Vice President Tiffany Angelle’s defamation claim against the paper last week. Angelle sued the paper for an April 22 story that stated she took an investor on a trip to Antigua and presented him with a Rolex watch so that he would not pull money out of Stanford, a company the SEC shut down in February. The Independent Weekly story at issue was published a week after the court-appointed receiver in the Stanford matter filed suit against Angelle and nine other Louisiana brokers to recover $6.5 million in what he called “ill-gotten proceeds from a fraudulent scheme.” The 10 advisers earned those commissions on CD sales alone in a matter of two years, with Angelle taking in $675,664. The investment product’s incentive program was so lucrative that Stanford employees had begun referring to it as “bank crack.”

Angelle, by her own admission, made $500,000 a year at Stanford. Prior to joining the company, she worked in a marketing position at a small bank in Breaux Bridge.

The mastermind of the Stanford Financial Group empire, R. Allen Stanford faces 21 counts of conspiracy, fraud, bribery and obstruction of justice. He and co-defendants are accused of bilking investors in an $8 billion fraud involving CDs issued by Antigua-based Stanford International Bank. Two SFG subsidiaries, Stanford Group Company and Stanford Trust Company, had offices in Louisiana. The Louisiana attorney general is conducting a formal criminal investigation into Stanford Group Company’s activities in the state.

In her suit, Angelle claimed she had never given anyone a watch or taken an investor on a trip to keep him from withdrawing money. It is widely known, and confirmed by this paper, that Stanford did fly potential investors, including some from the Lafayette area, to Antigua to entice them to purchase the company’s CDs. One of Angelle’s clients who asked not to be identified confirmed that she accompanied him on a trip to Antigua. Through her attorney, Angelle has repeatedly declined to be interviewed about her role in the financial scandal, and several phone calls to her Lafayette home went unanswered.

In response to Angelle’s suit, The Independent immediately filed a special motion to dismiss, believing the suit’s real purpose was to chill the paper’s First Amendment right to investigate and report on a matter of extreme public interest in Acadiana, in particular Angelle’s and the Lafayette office’s involvement in what the SEC characterizes as a “fraud of shocking magnitude that has spread its tentacles throughout the world.” The Independent invoked Louisiana’s anti-SLAPP (Strategic Lawsuit Against Public Participation) law, which states: “there has been a disturbing increase in lawsuits brought primarily to chill the valid exercise of the constitutional rights of freedom of speech and petition for redress of grievances. The legislature finds and declares that it is in the public interest to encourage continued participation in matters of public significance, and that this participation should not be chilled through abuse of the judicial process. To this end, it is the intention of the legislature that the Article [971] enacted pursuant to this Act shall be construed broadly.” Louisiana is one of several states in the U.S., along with Canada, Australia and Europe, to enact this type of legislation to quickly and effectively dismiss SLAPPs — and allow the media to uncover the truth.

Angelle claimed the statements in the story were false and damaged her personal and professional reputation, thereby prohibiting her from finding employment in the financial services industry. To support this assertion, she noted that two of her former colleagues from the Baton Rouge area, Michael Word and John Schwab, had found employment with Sterne Agee. It is this newspaper’s position that like Angelle, former Stanford financial advisers have had difficulty finding employment in their field for various reasons: the widely reported Stanford financial scandal, the advisers’ involvement in the sale of the CDs, and the investor lawsuits alleging negligence on the part of the brokers. Further hampering Angelle’s claim that the story hurt her job search is the fact that the Stanford group of companies was shut down by the SEC in mid-February, she began looking for work in early March, and the story did not run until April 22. Recent court documents indicate that she has relocated to Austin and is now involved in real estate.

Angelle also claimed such a trip and gift would constitute a violation of her broker’s license but again failed to prove that assertion (her attorney even cited a Financial Industry Regulatory Authority rule that is not applicable). She further maintained the gift constituted a “bribe,” another assertion she failed to prove. The Independent Weekly has never accused Angelle of offering a bribe or committing a crime or of violating any rules governing her license.

In the suit, Angelle also maintained the story caused her to be named in other suits, a claim for which she did not offer any proof. Subsequent to the April 22 article, _The Independen_t could find only two lawsuits filed by Stanford investors that named Angelle as a defendant. Attorneys representing both groups of investors confirmed to The Independent that they were unaware of the story at the time their suits were filed.

In its motion to dismiss the suit, The Independent noted that the Louisiana Supreme Court and the Third Circuit Court of Appeal have held that the plaintiff in a defamation claim has the burden of proving each of the following five elements to prevail on their claim: defamatory words, unprivileged publication, falsity, malice and damages.

“I don’t think the statements about the plaintiff were defamatory,” says attorney Mary Ellen Roy of Phelps Dunbar in New Orleans. Roy, who was interviewed by The Independent last week, is widely regarded as one of the state’s foremost attorneys on First Amendment issues. Despite what this paper and other legal experts view as overwhelming evidence that the statements did not constitute defamation — and that Angelle failed to prove otherwise — the court found that she carried her burden. The court noted that the words by their very nature tended to injure her personal and professional reputation, what’s commonly defined as defamation per se. However, the court ultimately ruled that it would be virtually impossible for Angelle to collect the evidence necessary to meet her burden of proof and prevail in the case.

While on one hand a win for free speech, the district court’s decision represents a disappointing setback for the news media’s ability to do its job in informing the public about financial scandals like Stanford. Three First Amendment experts The Independent consulted with on the case, two of whom are lawyers in the state, are scratching their heads over the judge’s refusal to accept the paper’s position that Angelle is a limited-purpose public figure because of her role in a securities issue that collapsed amid allegations of fraud. A public figure is a non-public official who is intimately involved in the resolution of important public questions or who by reason of his fame shapes events in areas of concern to society at large. In ruling that The Independent’s words were defamation per se, the court gave Angelle the benefit of the presumption of falsity and malice (reckless disregard for the truth). However, had Angelle been recognized as a public figure for the purpose of this scandal, she would have had to prove actual malice, a heavier burden than defamation per se. The Independent unsuccessfully argued that Angelle, the highest-ranking local Stanford manager and face that appeared in several Stanford ads promoting the company’s products (including ads in a sister publication of this paper), had more than a trivial or tangential role in this controversy — regardless of whether she had knowledge of the alleged Ponzi scheme.

The paper continues to maintain that Angelle and every other Stanford adviser who sold the CDs cannot escape public scrutiny now that the financial disaster has caused such catastrophic hardship, by some estimates more than $1 billion in losses, for numerous investors in Acadiana and other parts of the state. The law is clearly on the paper’s side in the public versus private issue, Roy asserts. “Given her role in the controversy the plaintiff should have been declared a public figure,” she says.

Though its ruling sends numerous mixed messages, in the end the court found that the Louisiana Shield Law, which “provides that no reporter shall be compelled to disclose in any administrative, judicial or legislative proceedings or anywhere else the identity of any informant or any source of information obtained by him from another person while acting as a reporter,” protects The Independent’s confidential source. By law, the shield can only be pierced if the discourse is essential to the public interest. “It is this Court’s belief that Ms. Angelle would be unsuccessful in proving negligence without first having Ms. Turk reveal her confidential source, and since Ms. Angelle cannot prove that the disclosure of the source’s name is ‘essential to the protection of the public interest,’ that it would be virtually impossible for Ms. Angelle to collect the evidence necessary to meet her burden of proof,” the ruling read. Because of that, Angelle cannot prevail, the court decided: “Plaintiff has failed to show that she has a ‘probability of success on her claim’ because she cannot carry her burden of proof to show that Turk made the statement either knowing that it was false or with reckless disregard for the truth.”

“Not all states support freedom of the press to the extent Louisiana does,” says I_ndependent Weekly_ Publisher Steve May. “This newspaper and every other media outlet across the state applaud the Louisiana Legislature for enacting both the anti-SLAPP statute and the shield law and for understanding that we have a very important job in seeking the truth, which is often extremely difficult in stories like the Stanford scandal. This alleged scheme has robbed so many of our neighbors of their hard-earned money, and we take the job of reporting this story very seriously and will continue to investigate it and others like it that serve the public interest,” May continues. “We are grateful for the wisdom of the court in following the law in rendering this dismissal.”