Speaking of Ragin’ Cajun hospitality, Party Girl was also invited to UL’s “Grillin’ with the Presidents,” hosted by President Joe Savoie for the presidents an advisers of UL Lafayette student organizations. It was supposed to be held outside at the president’s home at University Circle, but with all the lovely rain that Lafayette has been having the past few weeks, it had to be relocated at the last minute. But the rain didn’t dampen anyone’s spirits (or hunger!), and the party moved a few blocks away to the Alumni House. The burgers and hot dogs were plentiful, and they even had a cotton candy machine and were spinning up delicious, pink confections! A DJ spun some tunes while everybody enjoyed each other’s company and a much needed break from the busy semester. 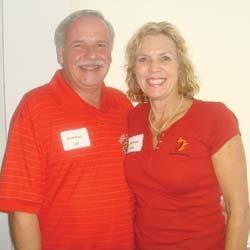 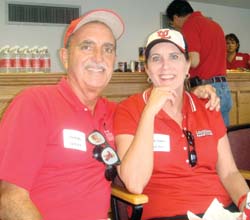 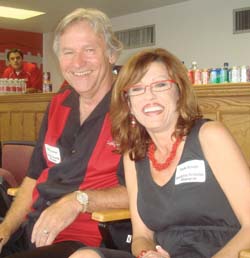 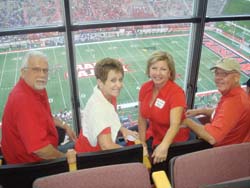 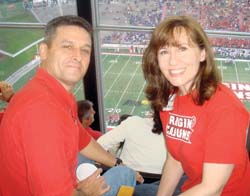 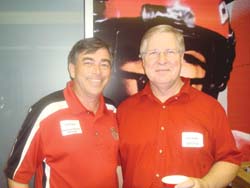 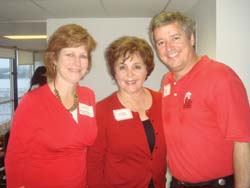 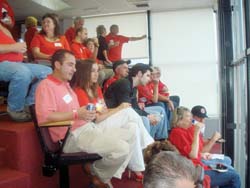 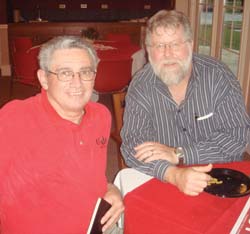 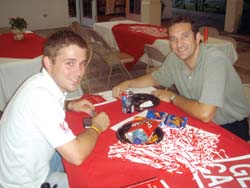 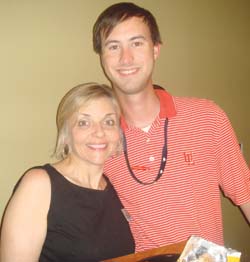 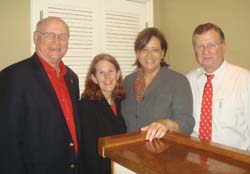 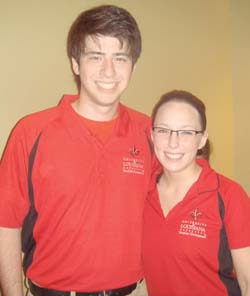 Party Girl was very excited to get an invite to the annual Media Night, which is UL’s gracious way of saying thank you to the media, local merchants and marketers who support our beloved Ragin’ Cajuns! What made me even more excited was that it was held in one of the Sky Boxes at Cajun Field during the UL/Kansas State Game. Furthering my elation was the fact that I got to stay completely dry (but God bless you die-hard fans that braved the nasty weather!) while UL emerged victorious over Kansas State 17-15. Two wins in a row! What a great start to the season. Everyone had an awesome time sharing the happiness of victory, and toasting our boys. What’s more, fans were able to get some brewskies to warm up their rain soaked bods at this game. Now if they would only start serving up dirty martinis I would be all set.