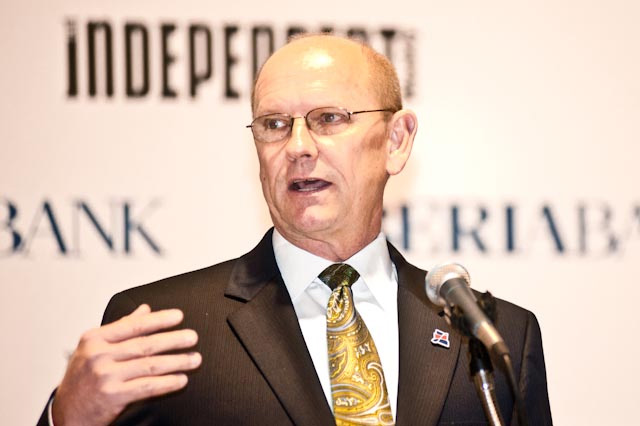 After a weekend of mulling his options, City-Parish President Joey Durel released a veto statement detailing eight deletions from the 2009-2010 budget finalized Sept. 29 by the Lafayette Consolidated Council, most notably a firefighter pay plan pushed through by District 2 Councilman Jay Castille, a retired fireman himself. “There are several reasons I have decided to veto these items,” Durel writes in the statement. “On some, there was very little discussion during public budget hearings and several are too important to adopt without much public discussion.”

According to Durel, the adjustment to the fire pay schedule has long-term fiscal ramifications for the parish. “In the case of the fire department pay plan, there is important information that was not discussed at adoption that I believe the Council and citizenry deserve to be made aware of before I can approve this important, long lasting decision,” he writes. Durel cites a projection by the firefighters’ retirement system that retirement costs will increase as early as July of next year, a new pay plan notwithstanding. In addition, the new pay plan, which aims to pay first-year firefighters $2,400 per month, represents an additional expenditure for LCG. The administration estimates that in vetoing it, $420,000 is saved from the budget.

Durel also vetoed $300,000 in public works projects — $150,000 each for the paving of recreation center parking lots in Judice (requested by District 5 Councilman Jared Bellard) and Carencro (Castille), noting in his veto statement that while the council approved those projects as general amendments to the budget, it denied District 9 Councilman William Theriot’s request for $150,000 to resurface Violet Road. “Frankly I was quite surprised that parking lots were given a higher priority than roads or drainage in the rural area, at a time when money for the rural areas of our parish is so hard to come by,” Durel writes. “We need to spend money on projects that will help the greatest number of people and help protect the investments they have made in their homes as much as we are able.”

Also vetoed from the budget, which was roughly $587 million when Durel submitted it last summer, were: $67,000 for traffic calming devices in District 3; $63,000 for a new public works environmental quality inspector position added to the budget by the council; $85,000 for public park improvements citywide; and six of seven LCG positions (machinery operators, laborers, etc.) the council added back into the budget out of 14 Durel had eliminated in his proposed budget because the positions were vacant. The savings on the six positions is roughly $200,000.

All told, Durel slashed roughly $1.14 million from the budget using his veto power. But he also used the line item veto to reinstate $395,000 the administration requested for installing GPS tracking devices on the LCG fleet of vehicles, a request Durel insists will save the parish money by making the fleet more efficient and accountable. The council voted against the appropriations (to the general fund and the LUS operating fund) on Sept. 29. “Perhaps the greatest surprise to me was the elimination of the GPS vehicle tracking system,” Durel writes in his veto statement. “As an example of what this system can do, I have received information that the Louisiana Department of Agriculture is using vehicle tracking on 318 of its vehicles and this resulted in savings of 15,441 gallons of fuel the first month after installation! At just $2.00 per gallon, that is a $97 per month savings for each vehicle in just fuel costs. I am told that the State of Louisiana is looking at expanding this plan to other departments to save public dollars and increase efficiency. I am hoping this will cost us around $20 a month per vehicle, so if we save just half of what the LaDOA is saving in fuel, it will save us twice the money it is costing us.”

Factoring in the items vetoed from the budget and the addition of the GPS funding, Durel made a net cut to the 2009-10 budget of roughly $740,000. The administration estimated on Friday that the council’s finalized budget was approximately $250,000 over Durel’s proposed budget.

In closing, Durel notes that he anticipates there will be some dialogue about the vetoes: “Finally, if this council sees fit to keep all the amendments as they stand, I will respect that decision. It is simply in the interest of fiscal responsibility, accountability, and openness in our decision-making process that I present these vetoes to you. Keeping in mind the trust that the people of Lafayette have placed in us to do the responsible thing, I ask that we discuss each of these items in greater detail. When this discussion is finished, the administration will honor your decision and administer the budget as adopted.”