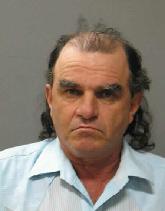 Lafayette Parish bus driver Kenny Joseph Mire, 50, could be back behind the wheel in a matter of weeks or even days, according to a new school board policy. The Lafayette Parish School Board voted last night to suspend Mire for three days without pay, action Director of Risk Management Mona Bernard says was taken because Mire got back behind the wheel of his bus within a few hours of being released from jail in the early morning hours of Sept. 10 on an off-duty OWI charge. Mire, however, will be eligible to resume his route if a substance abuse professional, Bernard and the director of transportation clear him "as fit for duty," according to the new policy. In the meantime, while he undergoes evaluation and potential treatment, Mire will paid to sit home.

Should he be convicted of OWI, Mire would be terminated, according to school officials. Tenured bus drivers like Mire are protected by state policies and job protections some believe may go too far. In fact, current school board policy outlined in the "Bus Driver and Bus Attendant Handbook," modeled after state law for tenured bus drivers, calls for bus drivers to be terminated after a second offense OWI while on duty. There is no mention of what happens after a first offense OWI while on duty, nor is there anything in the policy to address off-duty OWI convictions. The handbook is dated October 1998. But Lafayette Parish School System Transportation Director Bill Samec says an OWI conviction results in the loss of a bus driver’s commercial driver’s license, which means he cannot legally drive a bus and would thereby be terminated. Samec told The Independent Weekly after yesterday’s school board meeting that Mire would not be eligible for reinstatement even if he got his commercial license back.

Before yesterday’s meeting, the board had no policy for what happens after a bus driver is charged with OWI, which explains why it took almost three weeks for the Sept. 9 arrest to come to light (it was first reported by local media). That the board took so long to draft and vote on a policy even requiring such a charge be reported to supervisors is mind-boggling in the face of an investigative story on Lafayette Parish bus drivers The Daily Advertiser published in 2007. Written by former staff writer Jason Brown, who has since joined The Advocate, the story clearly pointed out the lack of policy for dealing with a driver accused of breaking the law and  detailed Mire’s checkered courthouse record:

Mire was arrested for simple battery six months before he applied for employment with the school system.

Then, about 14 days after he was hired, Mire was arrested for simple burglary of a business. That charge later was amended to attempted felony theft over $500. He would be arrested again for an OWI in 2004, his second in 11 years, after a Breathalyzer determined his blood alcohol content was 0.134; the legal limit is 0.08. His first OWI was dismissed. He was found not guilty of his second OWI.

According to court records, the state’s witness - presumably the arresting officer - failed to show up for court.

Mire was arrested again in 2006 for theft. He pleaded no contest.

“This is my personal time,” Mire said. “I have never done nothing wrong on this bus. It’s an invasion of privacy really is what you call it.”

Mire claimed Charles Conrad, acting director of transportation, knew of all the charges. Conrad denied that and told The Advertiser that Mire informed him of them only after being interviewed for this article.

Even some of Mire’s fellow bus drivers were upset by his record.

“How can you trust your kids with someone like that driving your bus?” said Bobby Begnaud, a 40-year bus driver.

When [then Superintendent James] Easton and Conrad were asked whether they would feel comfortable having their own children ride a bus with Mire, both said they would not.

Yet neither of them bothered to draft a policy that would have provided even a small amount of comfort to the parents who showed up at Wednesday’s meeting, one that at least would have required Mire to immediately report his arrest so that school officials could determine his suitability for driving kids to and from school. No one, not Bernard, not current superintendent Lemoine, who was assistant super at the time.

“We could have [suggested a policy after the story brought the problems to light],” Bernard told The Independent Weekly during the meeting. “It could have been any of us.”