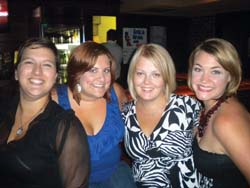 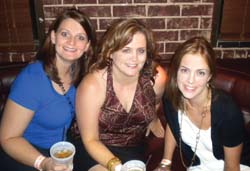 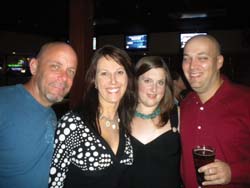 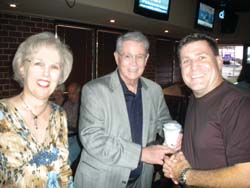 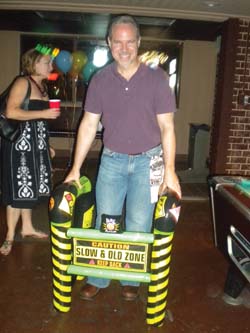 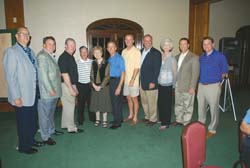 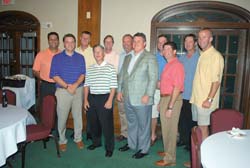 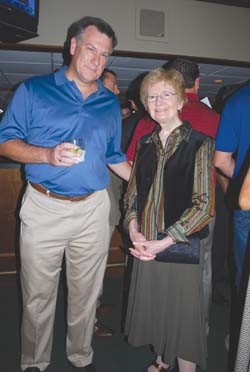 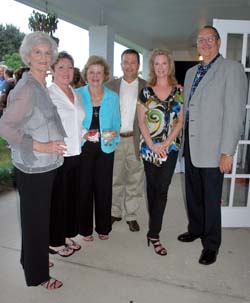 Some good “old” friends decided to throw Greg Daigle a 40th birthday party at Brewski’s Bar and Grill recently to celebrate his journey into official old age. Colorful and insulting “40th” decorations adorned the bar, making sure everyone knew how antique Greg now is. The karaoke machine was led by Rex Broussard, and everyone joined in singing some oldies, but goodies. The party lasted from 7 p.m. all the way until 2, which is pretty impressive considering how tired 40-year-olds get after 9 o’clock.

A Sponsor Party for the 2009 Lourdes Foundation Legacy Golf Tournament was held at Oakbourne Country Club. Party Girl has been hitting the driving range to work on her swing as of late, so I was really excited that six PGA Tour Players participated in the tournament as part of the teams of the Premier Sponsors. Three of the six pros attended the party, which created tremendous excitement and buzz about the event, which had about 100 attendants. Some of guests who attended the event were Henry and Noel Busch, Russell and Charlotte Cryer, Bob and Judi Dunn, Bob and Kit Davis, Karen and Butch Wyble, Jimmy Zehnder, Nick and Suzanne Gachassin, Dr. Ed and Roxanne Breaux and Dr. Richard and Kim Broussard.