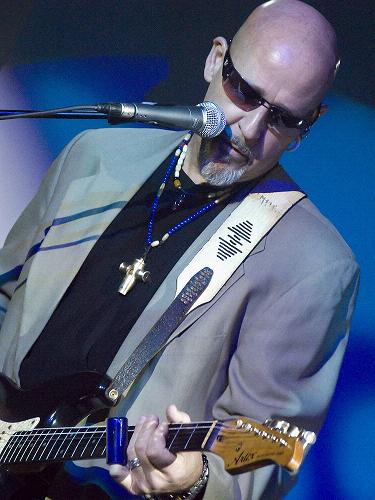 Vermilionville Performance Center for the second of two Louisiana Crossroads performances. Tickets are available at LouisianaCrossroads.org and at the door. Tickets can also be charged by phone at 233-7060.

According to the Acadiana Arts Council, sponsor of the Crossroads series:

It’s been five years since John Mooney’s intense, howling solo blues and boogie graced Louisiana Crossroads’ stages and we’re now welcoming him back for another pair of shows spotlighting his original work and celebrating his deep roots.

Mooney’s visceral, intensely rhythmic style unites the dark feel of the Delta blues with the sinewy funk of the Crescent City like few others. His propulsive arrangements draw heavily from the raw, earthy blues of the legendary Son House, whom he studied with in Rochester, N.Y., when the young apprentice was just 16 years old.

A 1976 move to New Orleans immersed the budding musician in The Big Easy’s vibrant second-line sound and the rumba boogie piano of Professor Longhair, another seminal influence on Mooney’s inimitable style, which features his soulful vocals arcing above jagged rhythms and soaring slide guitar lines. His work with his Bluesiana trio has been marked by its syncopations, and these solo shows will take the guitarist’s unique adaptation of acoustic playing to a modern electric format back to an even more direct incarnation.