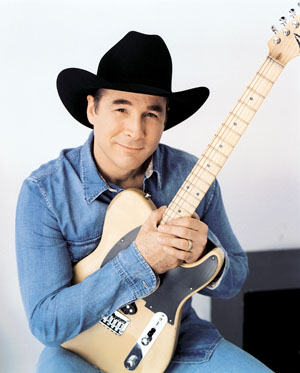 When country crooner Clint Black takes the stage next week in Parc International for a rare outdoor concert, it will be huge for country-music fans in Acadiana. But it will be even bigger for Miles Perret Cancer Services, the beneficiary of Black’s time and talent. The Oct. 28 concert promises to raise thousands of dollars for MPCS, the go-to service in Acadiana for cancer patients and their families.

“We’re just so excited that somebody as big as Clint Black would come and perform for the benefit of Miles Perret Cancer Services,” says Julie Kelley, MPCS’s director of public relations. “So, for folks who decide to spend the money, they see a guy who has written 21 number-one hits, and they’ll probably know a song or two when they hear him sing, and then, of course, they help families with cancer — 100 percent of the money raised stays here in Acadiana and helps families with cancer. That’s really the most important part, but we’re really excited about having a fun night with a country legend.”

Black is no stranger to the top of the country charts. Signed to RCA records in the late 1980s, his debute album, “Killin’ Time,” skyrocketed to the top spot on the country charts and eventually went platinum; six singles from the album went to no. 1. In all, Clint Black has had, as Kelley notes, more than 20 number-one singles in the last two decades. He’s one of the few country artists to fill his albums primarily with his own music. His clean-cut neo-traditionalism — in style and composition — have won him fans both young and old.

The genesis for the concert is in Superior Energy Service’s longtime dedication to MPCS. Superior has participated annually in The Games of Acadiana, MPCS’s primary fundraiser. The oilfield services company also hosts a big party for clients during the bi-annual LAGCOE expo. Last fall Superior approached Miles Perret about turning their LAGCOE bash into a concert-fundraiser for Miles Perret, which readily and understandably agreed. The two groups formed a committee — it’s no small undertaking putting on a concert fundraiser — and got down to the business of the music business. Several Superior employees have donated dozens of hours to ensure the event’s success, securing corporate sponsors, selling tickets, and working in concert with Lafayette Consolidated Government for use of the venue.

Superior President Ken Blanchard says his company knew Miles Perret was the right cause after touring the facility a few years ago; combing their LAGCOE client party with a fundraiser just made sense. “When we were planning this year’s event,” Blanchard recalls, “two of our employees thought about doing the event but also doing it for a local charity — killing two birds with one stone. So, we’ll entertain our clients, but also do something to benefit the community.”