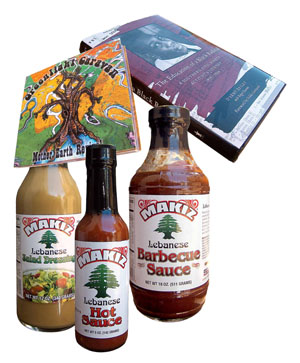 TRAIN ROLLS ON
The Blowtard Whistle ceases to trumpet its hideous alarm when the Allman funk and jamotronic sounds of Greenlight Caravan come out of the speakers. In fact, it whimpers in morbid silence and awe at the gymnastic chops and gravy train ramming grooves of these Lafayette dude rockers. Like I said, its half jam, half rock, half funk, half earth dude (as can be inferred from the title of the CD, Mother Earth Revival). That’s too many halves and not enough have nots, but who’s counting when you get 14 pretty killer tunes of local rock and roll, played well and lightly seared? The album even features guest appearances from Joe Smith of Edgar Winter’s White Trash band — proudly stated in bold in the liner notes. Do it. Buy one at CDbaby.com or possibly Barnes & Noble. — Dege Legg

FREE RADICAL
Some of the earliest civil disobedience in the Civil Rights movement happened in Baton Rouge, far from the German shepherds and fire hoses of Birmingham and the jeers and hurled insults of Little Rock. In fact, less than two years after the landmark lunch counter sit-in at the Greensboro, NC, Woolworth’s, students from Southern University were marching in the streets. D’Army Bailey, then a Southern student and now a circuit court judge in Memphis, recounts those turbulent years in The Education of a Black Radical: A Southern Civil Rights Activist’s Journey, 1959-1964 (LSU Press). That journey would include Bailey’s expulsion from Southern for his part in the protests, and his acceptance of a scholarship for civil rights activists at Clark University in Worcester, Mass., where he completed his undergraduate studies. Bailey’s face may be familiar to many — he had acting roles (as a judge) in the movies The People Vs. Larry Flynt and How Stella Got Her Groove Back. But it is his role in helping desegregate the Deep South for which he should be best, and rightfully, remembered. The Education of a Black Radical retails for $28 is available at all major book sellers and through www.lsu.edu/lsupress. — Walter Pierce

GET IT WHILE IT’S HOT
There’s never enough of that hot hot stuff. Make room on the shelf for Makiz Lebanese Hot Sauce, and while you’re at it, pick up some bottles of Lebanese Barbecue Sauce and Lebanese Salad Dressing. Mohamed Maki, Lebanese native and owner of Club Lipstick, is adding to his seasoning blend line with an array of sauces. The former pizza magnate (Pizza Pro, Home Run Pizza) says that while there are lots of Cajun condiments, he hadn’t seen any Middle-Eastern seasoning. His spicy lemon-garlic seasoning is an all purpose flavoring for standards like tabouli, hummus, grape leaves, falafel and kibbe, but Maki is reaching out to a larger market, he’s looking to toss your salad and sauce your ribs. All three sauces are available at Cedar Deli, $3-$4 each. — Mary Tutwiler