A local group searches for spirits in some of the area's favorite haunts. 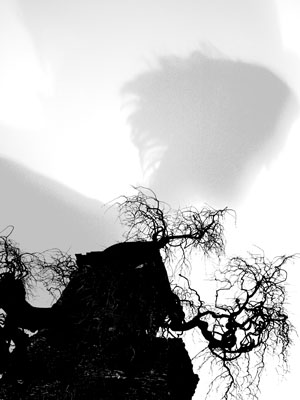 Like most high school kids in small towns, Brad Duplechien's first ghost hunting experience took place in a graveyard. He was 21 years old, and a friend told him about some spooky tales coming out of Ft. Derussy Cemetery in Marksville. All the elements of a good ghost story were there. Secluded gravel road. Strange noises. Sightings of a small black creature. Although he was too scared to even get out of the car that first time, Duplechien knew he wanted to go back.

More than 10 years later, Duplechien now heads Louisiana's only ghost hunting group, Louisiana Spirits. Made up of five chapters - one for each region of the state - and about 30 investigators, the group spends its nights and weekends looking for paranormal activity at private residences and public locations in all corners of the state. And it's quick to point out that it doesn't do it through the use of psychic powers or a Ouija board.

"No psychics, no mediums. We're strictly scientific," says lead investigator for the South Central Chapter, Elissa Lehnhardt, whose day job is assistant manager of Pascale Spa in the Oil Center. "We're not some kind of fly-by-night group that's going to go into convulsions," adds Director Jennifer Broussard, who works for Wal-Mart.

Ghost hunting isn't just for Dan Aykroyd and Bill Murray anymore. It's becoming quite a respectable hobby. To boost its credibility, Louisiana Spirits is a member of T.A.P.S., the group that brought ghost hunting into the mainstream with its SyFy Channel reality show "Ghost Hunters," and also teaches "Ghost Hunting 101" classes to students at UL Lafayette, LSU, McNeese and Nicholls.

On a recent Saturday night, Lehnhardt, Broussard and three other members arrived around 10 p.m. to investigate Café Vermilionville, rumored to be haunted by the spirit of a young girl who died there in the early 1900s. They set up video cameras on tripods in several locations in the restaurant and equipped themselves with EMF meters, which measure increases in energy, along with digital audio recorders and point-and-shoot cameras. While Broussard describes some investigations "as uneventful as watching paint dry," there's always the chance that a recorder will pick up what's known as an EVP, or electronic voice phenomena, believed to be disembodied voices from spirits that are undetectable to the human ear. "When you get that one piece of evidence, it just makes you want to go on that next investigation," she says.

Lafayette's ghost hunters don't have any big plans beyond trick or treating for Halloween, but they recommend that aspiring hunters get out and conduct their own investigations at local haunted sites like Shadows-on-the-Teche in New Iberia, Bienvenue House in St. Martinville and Marland's Bridge in Sunset. There's only one requirement, Broussard says. "You want it to be dark."

To find out more about Louisiana Spirits and listen to some creepy EVPs caught on tape, visit www.laspirits.com .