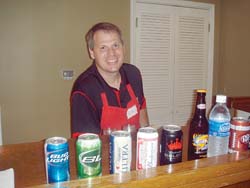 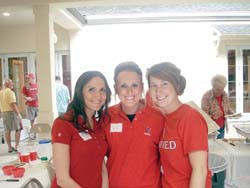 Mike Gervais, bartender with the most 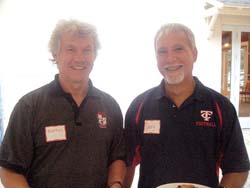 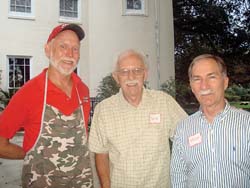 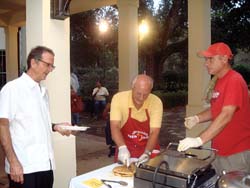 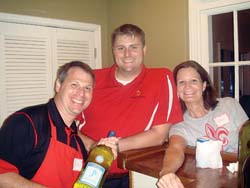 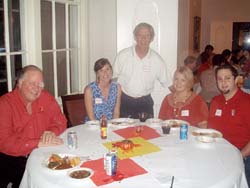 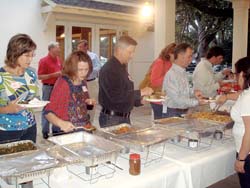 People lining up for some delicious grub 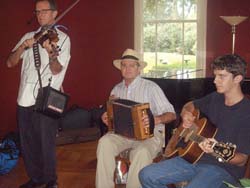 The band was great!

The UL Communications Department recently held its 10th annual Fish and Game Feast at the UL Alumni Center. And what a feast it was! Tables were filled with good eats cooked up by people in the department. Some of the standouts were the venison enchiladas, the duck and goose gumbo, venison and pork chili, shrimp and eggplant casserole, and there was even a panini press to make venison paninis! A Cajun trio set the tone by playing some great tunes while everyone enjoyed the food. There was also a silent auction that included a duck hunting trip with Dr. Mike Maher, a fishing trip with Jim Davidson (KATC-TV3’s morning show fishing expert), a few paintings and a whole lot of UL goodies. Fortunately, the rain held off until the party was over, and I managed to sneak home with a few leftovers.