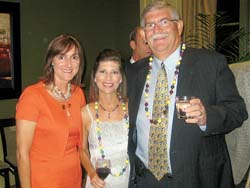 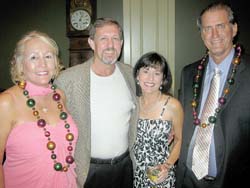 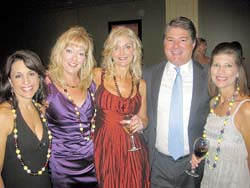 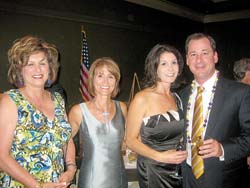 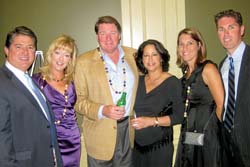 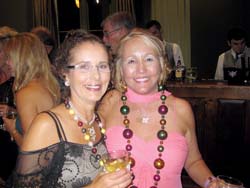 Michael and Ongel Aldridge, Ross and Diane Keogh, and Jeanne and Todd Schoeffler 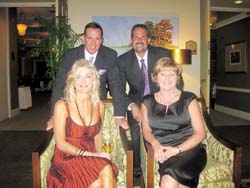 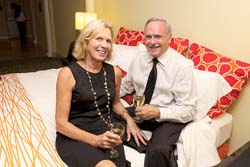 Shari and Jeff Raggio, and Sheri and Garrett O’Conner 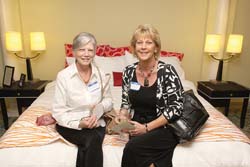 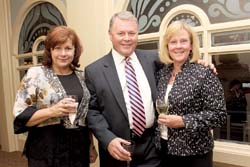 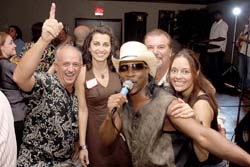 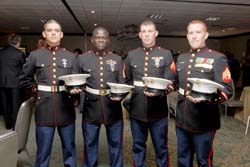 Party Girl had a blast at the Bonaparte Cocktail Party held at City Club in River Ranch. It came just in time too, as my cocktail dresses were beginning to collect dust! The ballroom was full of members who boogied to music by 5th Avenue. This was Bonaparte’s first party of the Mardi Gras Season, and it included some new members. The food looked super, but I didn’t have much time to eat with all the music, dancing and good conversation. Rumor had it that the Royalty for Bonaparte has been selected and was in attendance, but there was something pretty strange goings on because every time I would try to get a little scoop on the 2010 Royalty, people would disappear. However, Party Girl has her name on the invitation list for the next Bonaparte Party, and I plan on leaving with all of the scoop.

A grand opening reception was held last Thursday for the luxurious and newly remodeled Crowne Plaza Hotel. Formerly Hotel Acadiana, the property is barely recognizable after its multi-million dollar renovations. I was greeted in the lobby by a new, sleek look that included an awesome bubble chandelier and modern sculpture. But it didn’t stop there. The rooms were transformed with a contemporary décor and are complete with wet bars, mini fridges and super comfy sitting areas. They also boast plenty of amenities for even the most persnickety of party girls. My personal favorites were the eye mask and the lavender spray. I like my beauty sleep! The party itself was noteworthy as well, with many of the guests calling it “the party of the year.” With two open bars serving top shelf liquor and Chef Lonnie Pope serving up stuffed quail, marinated crab claws, and kobe beef prime ribs, it is no wonder people were so impressed. Not to mention that Rockin’ Dopsie Jr. and the Zydeco Twisters were there to keep the crowd moving all night long.